When Seth Borries’ wife dropped him off at the airport for his jaunt on the History Channel’s knife making series “Forged in Fire,” he foreshadowed his own victorious episode.

“Like Napoleon, I will divide and conquer,” he told his wife, Jessica James Borries, quoting one of their favorite movies, Jim Carrey’s “The Mask.”

Imagine his surprise when the “Forged in Fire” host unveiled the weapon he would recreate for the final challenge: Napoleon’s saber.

“When they unveiled that sword, I thought ‘God almighty!’” Borries said, laughing. “As much as I was into Napoleon, I had to make sure to give this sword justice.”

Borries, a marine construction worker from Gautier, has been a bladesmith for about five years, studying under Vancleave knife maker Paul LeBatard.

He was featured in a season 6 episode of “Forged in Fire” that aired on Aug. 21. The show takes four bladesmiths to a Connecticut forge, where they compete in an on-site challenge that whittles down the competition to two for a final challenge at their home forges.

Borries’ on-site challenge “was to make a Damascus blade in three hours that had a 9- to 12-inch cutting edge and was no longer than 22 inches overall.”

“I made a clip point bowie knife that had a 10 ½ inch cutting edge and was 15 ½ inches altogether with an elk horn handle,” he said.

Borries did well enough in this on-site challenge to progress to the finals.

“I survived the cow bone chop with minor damage to the edge,” he said, with a wide smile. “The handle was comfortable, and everything stayed nice and tight.”

One competitor was eliminated after a medical issue and another was dropped after his knife failed. Soon, Borries was headed back home to Gautier to forge his own version of Napoleon’s saber.

“This was by far the largest blade I had ever made,” Borries said. “It was 38 inches altogether, with a 32-inch cutting edge.”

Borries calls the show one of the best experiences of his life.

“I was excited, and the process went really, really well — way better than I anticipated,” he said. “I would do it again.”

When he and his competitor, a bladesmith from Alabama, returned with their swords, they were put to the test. They sliced through a whole pig and chopped bone. Borries’ competitor’s blade broke during the bone chop.

“When I saw his blade break, I was a little disappointed because it didn’t go through the rest of the testing,” Borries said. “I didn’t like the fact that it had come to failure.”

“I was on cloud nine,” Borries said.

When the $10,000 prize comes in, Borries said he will use it to install a small air conditioning unit in his shop and take his wife and 2-year-old daughter, Yancye Grace Borries, on vacation, possibly out west or to Disney World.

The prize represents more than just a vacation, though.

“That is the ultimate sale — the $10,000 weapon,” Borries said. “It’s the most expensive cutting edge weapon you can imagine to sell. It’s the creme de la creme.”

Borries’ knives may be purchased through his website, www.slbknives.com or www.oldetownecutlery.com. He can also be contacted through his Southern Longbeards knives page on Facebook. 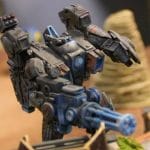 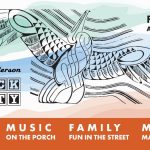