Glenn Payne’s film company Dead Leaf Productions out of Blue Springs, Mississippi, is in production for their latest film. This time audiences can expect a suspense thriller titled “Safe and Sound,” where an obsessed fan kidnaps a famous singer to convince him of their love. The script is set, the cast and crew are being hired, and the new production is slated to begin shooting in late July.

Glenn Payne is not new to writing, producing, and directing a feature film. An award-winning producer and director, his short films and feature films often touch upon science fiction and horror with suspense. As a graduate of Mississippi State University, he studied fine painting for his Bachelors in Fine Art (BFA). He still paints, but his passion for filmmaking has him working hard.

Glenn’s latest production, “Safe and Sound,” is another step in a creative journey. He considers film the most influential art form, combining performance, writing, and music.

You can also find Glenn on-stage performing comedy as a founding member of the Improv-Comedy known as West of Shake Rag, a monthly improvisation show at Link Center in Tupelo, MS. Recently, the comedy troupe has put on a show, The Elvis and Improve Show. Come by Link Center on the second Saturday of each month to catch the original live theater comedy.

These Glenn Payne movies are all made in Mississippi:

Driven (2020) – An independent gem, suspenseful and creative, a thriller for an evening of entertainment. Expect humor, surprising twists, and a few seat-jumping moments. Casey Dillard, writer, and actor, lends her talents to this film. She plays a driver trying to make a few bucks and finds herself on a bizarre deadly ride.

Killer Concept (2021) – A slasher-thriller with a bloody twist at the end. Three people come together to write a horror movie, only to discover they are part of one. Rotten Tomatoes gives this fun film 83% on the Tomatometer! Stars Glenn Payne, Casey Dillard, and Coley Bryant.

Be on the lookout for Glenn’s latest project, “Safe and Sound,” now in production. For more information on the film, email safeandsoundmovieinfo@gmail.com. 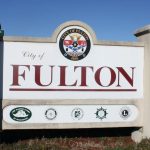 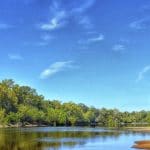