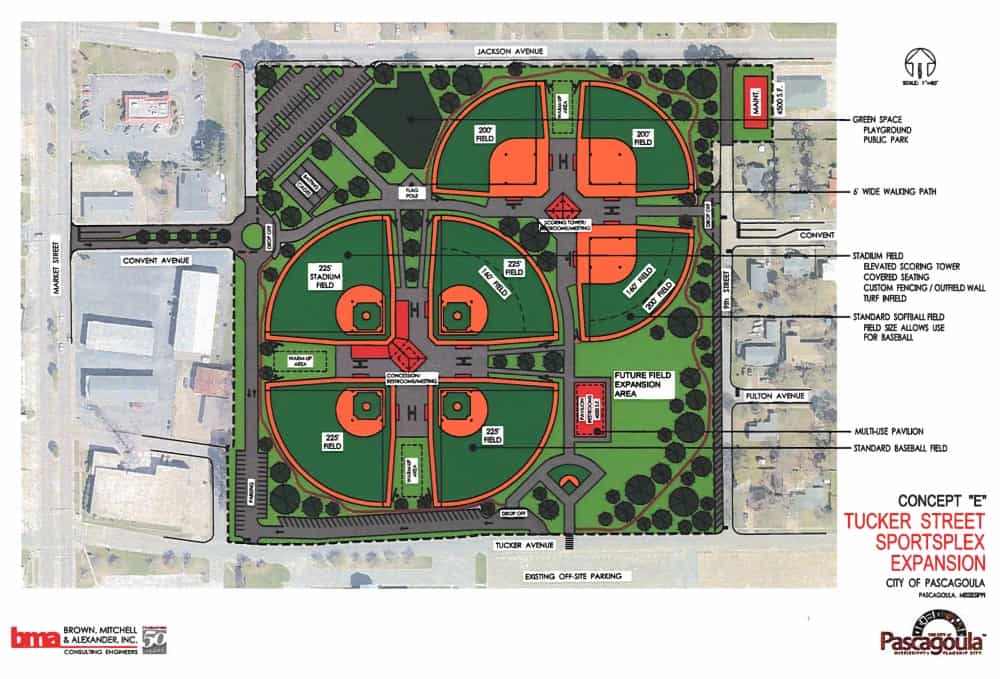 At last week’s meeting of the Pascagoula Strategic Plan Steering Committee, Mike McElhaney was giving the Pascagoula Recreation Commission’s report. “If any of y’all want to go see the youth baseball fields you or your children grew up on, you better go now, because they’re coming down,” said Mike.

I knew what he was talking about. Starting on or around August 1, all the fields in the Tucker Street area will begin to be demolished, as part of a master plan by the City of Pascagoula to create a new, state-of-the-art youth baseball complex in that part of town. More on that later. First, we need to look back on more than a half century of memories for many Pascagoulans.

Flanagan Field was the first official Little League ballpark for Pascagoula, constructed in the early 1950s. Named for longtime youth baseball supporter Elvie Flanagan, it had a small but permanent grandstand, a press box, a snappy orange dirt infield, and a beautiful greensward of an outfield. It was definitely ahead of time for its day.

Flanagan was truly a field of dreams for those of us who played there, from the 50s to the present. Back in the day, when you made it up to Flanagan Field from the minor league in existence at the time, you had truly made it to The Show.

As I write this, I look to the wall of my study where my 1961 Ingalls team picture is proudly displayed. There I am on the top row, with our manager, the kindly R. L. McCleod, plus our best player, the late Tommy Fullilove. Just below me is Joe Cole, who became my lifetime friend and a popular mayor of Pascagoula. What you see is 15 kids in grey flannel trimmed in navy blue, posed in Flanagan’s center field, who were having one of the best summers they would ever have.

As a team, we went 10-6 and gave eventual champ First Federal their first defeat of the year. Joe, Tommy, and I made the All-Star team and had a great experience with that. For a 12-year old, it was heaven on earth.

Of course, I am just one of literally thousands of guys and gals who have trod the green grass of not only Flanagan Field but also the facilities that followed—John Engle, Gibson, J.C. and Webb May, Davenport, and others. The fact that my sons played on the same turf (one even wore the blue and grey of Ingalls) has always meant a lot to me. Again, so many others have similar stories.

So, why are these cathedrals of youth baseball coming down? As mentioned before, it’s time to move onward and upward. The new project, long the vision of the Recreation Commission, will include seven regulation fields which will accommodate both baseball and softball. This expansion will create a sportsplex effect which will not only give Pascagoula kids top-line facilities to enjoy, but also attract tournaments on the state and even national levels.

“This sportsplex will be something that is first-class for the children of Pascagoula, something for everybody to be proud of,” said McElhaney. “Plus, the tournaments coming in will draw many people to town and produce a significant economic boost for the city.”

Construction for the new fields is scheduled to start this fall, with the date for the first games to be played projected to be the 2020 season. For 2019, existing facilities on Orchard Road, Louise Street, and others will be utilized for league play.

On these new fields, more traditions and memories will be created. Flanagan Field may soon be gone physically, but its history and mystique will live on forever in the minds of many, many Pascagoulans. 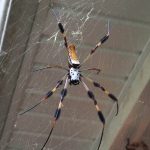 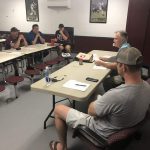