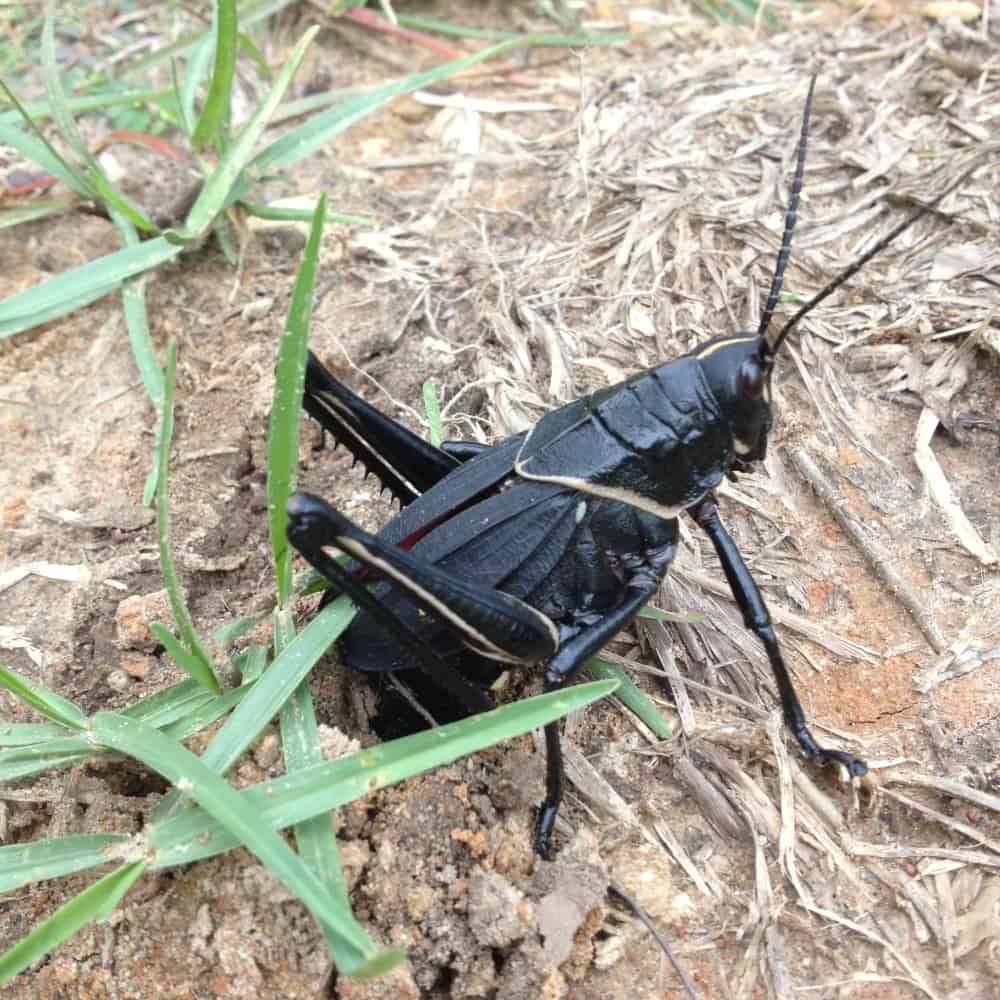 I for one would like to speak for the Lubbers, those Big, Black, and some would say, Scary grasshoppers that appear in late summer. Yes, I know, I can hear many of you saying, how can you love the Lubbers? It is all in getting to know our Eastern Lubber Grasshopper, the largest of grasshoppers in this part of the U.S. and trying to walk in their shoes, so to speak.

For one, their common name is apparently derived from an old English word, “lobre”, that means lazy or clumsy. How would you like that for a name? Well, they are indeed clumsy, most often seen “trying” to hop when disturbed. They have wings, but do not fly. But boy can they climb, up your garden plants where you least like to see them. Many a Lubber have ended life under a boot.

Their scientific name, Romalia microptera, as with most, also tells us a bit about these creatures. Romalia is Greek for “strength”, as indeed they are strong – try holding onto one!!!. Their species name, microptera (micro = small, ptera = wing) refers to their relatively small wings, which are only used to flash at possible predators as a last resort. And this is the cool part of messing with a Lubber. Their defense starts with size, as they can grow to be upwards of 3 inches in length. When disturbed, they usually start by flashing their bright red/orange hindwings (those under the forewings seen from above) to “scare” you. If picked up, they exude a brown, foul-smelling fluid that can change the minds of most hungry beast.

And that is the point!!! In fact, their bold color signals to predators that “I taste terrible”, “leave me alone”. Known as warning coloration, possible predators (mostly birds) will “learn” this fact, usually with their first encounter, and avoid them in the future. And in most cases, the Lubber is no worst for the encounter – lumbering off to eat another day.

Along the gulf coast, Lubbers are mostly solid black, with yellow edging, but we also see the more typical yellow/tawny phase that dominates across the population. Their sizes can vary as well (black phase individuals are usually larger), but these color phases readily interbreed, laying clutches of 40-50 eggs that overwinter in the ground and hatch in early spring. The young tend to hang out together in little “gangs” for a while after hatching, likely to confuse predators, and for those that do try a bite, teach them about their bad taste.

So, now that you are better acquainted with the Lubber, you can cut it some slack, right? Yeah, well a “lover of Lubbers” can only hope 😊 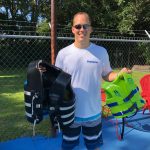 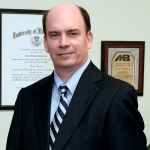