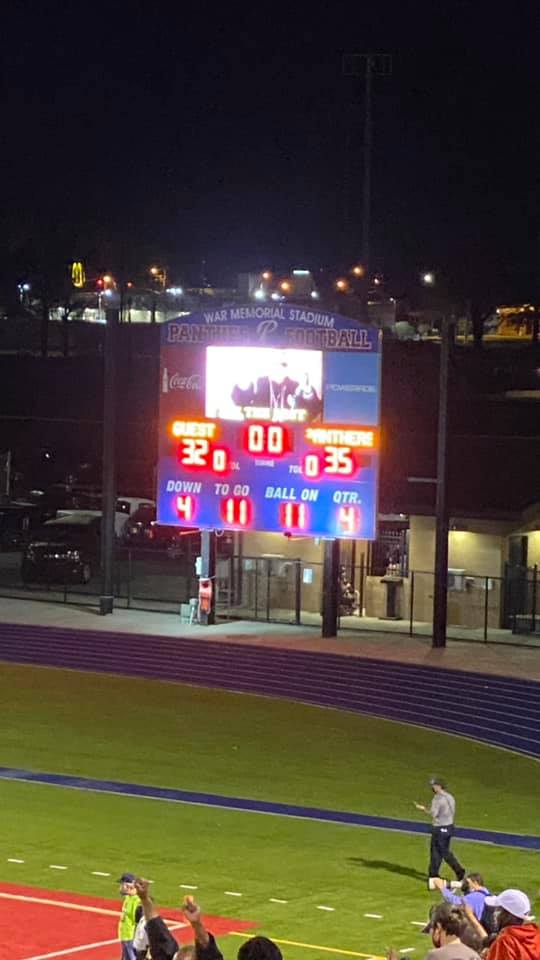 You’ve heard all the sports clichés: Never give up. It’s not over ‘til it’s over. Just keep playing. Trust the system and your teammates.

All of those bromides and more were on display last Friday night during the South State Semi-Finals at War Memorial Stadium, where Pascagoula defeated Hattiesburg 35-32 in overtime in what truly became what is known in buzzword parlance as an “instant classic”. The game exhibited so many positive features: two good teams playing well, more twists and turns than a Masterpiece Mystery, superlative individual efforts (including plays worthy of SportCenter’s Top Ten), and an ending that seemed to come from a Chip Hilton novel (look it up) or a movie like “Remember the Titans”.

“Wow—that is all I can say,” invoked Panther Head Coach Lewis Sims. “To go down 13-0 then 19-7 and fight your way back to win that game was incredible fortitude shown by our young men. All year, we have talked to them about overcoming adversity and keeping focused on the most important things, our ‘WARFACE’ mentality.”

So, what was the coaches’ and the team’s mindset after the early deficits?

“I really believe our guys do not worry much about getting down two scores,” said Coach Sims. “It worries me, but they remain calm and have a sense of confidence, which in turn allows them to overcome such situations. Our coaches are always encouraging our guys to do their job on every play. Even at the college and pro level, the hardest thing to do is be consistent. Saying that we have improved over the year in the area of consistency. So our mindset was, get one-stop, get one score. Play the next play.”

Using that mentality, the Panthers came back from the early hole that had been dug. Finally, in the fourth quarter, Pascagoula went ahead 29-26. After an interception by Antonio Sanford with 2:17 left in the game (man, does he step up), Goula had a third and two for a first down on the Hattiesburg 35 or so that would salt the game away with now a little over a minute left. Star quarterback Keilon Parnell did his patented sneak up the middle for about three yards, and the celebration began. But wait: in the scrum at the end of the play, a Hattiesburg player stripped the ball, and the zebras, excuse me, referees, awarded the ball to the Tigers. The play seemingly should have been blown dead, but no replay in high school, so now it was Hattiesburg’s ball with a chance to go down and score.

“I remember someone saying congratulations to one of the coaches after the interception, and he said it wasn’t over,” recalled Coach Sims. “Never was a more true statement spoken. Once Hattiesburg took the ball on a play that in reality should have ended the game, our hearts sank.”

After the negative turn of events, what seemed inevitable did in fact happen.  Aided by a miraculous fourth-down conversion, Hattiesburg drove down and scored a touchdown to take a 32-29 lead. The clock, like an evil dark watchman, showed 26.7 seconds left in the game.

“Once they scored, I walked down the sidelines and told the guys we had 26 seconds and a time out to win this thing,” said Coach Sims. “We have seen this before, now it was our time to return the favor.”

Thank goodness for Lewis’s positive attitude and leadership, because we weren’t feeling too good up in the stands. Even a positive bunch like mine was turning to each other, shaking our heads about what seemed to be a cruel turn of events. The Panthers and their coaching staff didn’t see it that way, though.

After a nice kickoff return by Sanford placed the ball at Pascagoula’s 39 yard-line, a first down pass was good for nine yards, and Pas called its last time out. Now we’re down to 12 seconds. Then, the playout of the timeout was a thing of beauty. Tight end Terrance (T.J.) Goodwin, who is also the back-up quarterback, came in motion from the left and took a handoff from Parnell in a reverse toward the right. Pulling up before he turned the corner, T.J. rocketed a perfect pass to wide receiver Brennan Grubbs, who made a great catch and dived out of bounds on the Hattiesburg 18.

After a collective catching of breaths, the two teams proceeded to the north end of War Memorial to decide the game (high school rules: each team has four downs from the ten-yard line). The Panther defense stepped up and held Hattiesburg out of the end zone all four downs. On Pascagoula’s ensuing first down, Coach Sims immediately sent the kicking team back out. Chisholm calmly booted the ball straight toward Tucker Street, right down the middle, and a chaotic celebration erupted on the field and shook the stands of the storied old stadium.

“This would rank as one of the top two or three victories of my coaching career,” said Coach Sims. “The biggest lesson is to play until the clock runs out. You never know what can happen if you give great effort, even when the deck is stacked against you.”

Pascagoula’s 35-32 win sends the team to the South State Finals against West Jones, which will take place at War Memorial Stadium this Friday, November 27. It should be another good battle. Last Friday’s thriller won by the Panthers reminds us of why so many of us enjoy high school football, with all the excitement—and life’s lessons—contained within. 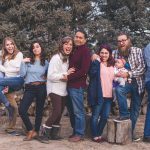 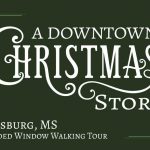