The critically acclaimed, Grammy Award nominee Parnell, a slide guitar virtuoso, is making his first appearance in Pascagoula in almost three years. The show is presented by Roy’s Bar of Pascagoula, and tickets for the show are already on sale at grandmagmusic.com and at Scranton’s Restaurant in Pascagoula.

Parnell was one of the top hitmakers in country music for over two decades after relocating to Nashville from Texas . He is also a member of the prestigious Texas Heritage Songwriters Hall of Fame.

One of the top country music performers throughout the 1990’s and the first part of the 21st century, some of Parnell’s bigger radio hits included “What Kind of Fool do you think I am,” “Love without Mercy,” “On the Road” and “Holding my own” as well as “Tender Moments” and “A Little bit of you” among numerous others.

He has charted more than 20 singles on the Top 40 country charts, including 7 top 10 hits. In addition to his own hits, he wrote big hits for other artists such as Colin Raye’s “That’s My Story” as well and he played slide guitar on Mary Chapin Carpenter’s number one hit “Shut up and Kiss me” plus he appeared in the song’s music video. He added slide guitar to Delbert McClinton’s song “Sending Me Angels” in 1997.

Parnell has been nominated for two Grammy Awards, as well as several Country Music Association Awards and Academy of Country Music Awards. He has toured and collaborated with the likes of The Allman Brothers Band, Bonnie Raitt, and Merle Haggard. In January, 2019, Gibson issued Parnell’s signature guitar, “Abilene Sunset.”.

Cole Hill of Hattiesburg will open the show. Hill also opened for Mac McAnally at The Grand Mag two years ago.

The appearance by Parnell at The Grand Magnolia continues the venue’s tradition of bringing top artists of the Classic Country genre to South Mississippi. In the past year or so, John Conlee, Rodney Crowell, The Bellamy Brothers and Paul Overstreet have all played to sold out crowds the Grand Magnolia, and Deana Carter will play the venue in late October. That show sold out in less than a week.

Also, Mac McAnally and Tony Haselden of LeRoux, both of which have penned many classic country hits, have played solo at The Grand Magnolia. Over 25 artists have stood on stage at the world-famous Grand Ole Opry and also played at The Grand Magnolia in the past 15 months. 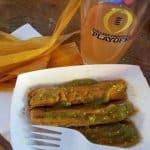 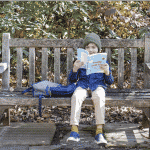