At some point growing up in Jackson County you learn the story and the legend of the Singing River. The local tale describes the history of two Native American tribes, the Biloxi and the Pascagoula, who once called this land their home. At the center of the folklore is a tragic love story of Romeo and Juliette proportions. The ill-fated Pascagoula Tribe supposedly participated in a death march that will eventually give us the mysterious hum of The Singing River. This story has a special place in our culture and history and makes Jackson County, Mississippi, a treasured coastal county.

However, while we can boast of a river that sings, we also have an island that tells tales. If you follow the Singing River down south into the Mississippi Sound and take an eastern turn, you will discover another treasure rich in Pascagoula’s history. Close to the coastline, you will eventually land on Greenwood Island and possibly on the ancient ground.

The history of the island is both well documented and thinly sourced depending on what you seek to find. The most well-known historical use of the land was its role as a military hospital at the end of the Mexican-American War in 1848. It was owned by Eugenie Krebs-Baptiste and her husband, Jean Jacob Baptiste who sold it to the U.S. Military when they were looking for post-war barracks for returning soldiers. However, the origin of the first inhabitants before 1848 has remained unknown for years, and the history of life on the island during the Government’s occupation was murky at best. That was until Greenwood Island started talking around 1969 becoming our tell-tale island.

It would continue to tell its mysterious history throughout the years adding new details in 1979, 1997, and 2008. This is an attempt at a timeline pieced together from recorded history, stories shared on the shores of Greenwood Island, and unproven assumptions based on research of Pascagoula and Jackson County.

Ancient land to present day Greenwood… Around 1969 an unnamed explorer discovered arrowhead and pottery pieces on Greenwood Island, more of these artifacts were found again in 1997 by a group of archeologists from Mobile. Carey Geiger, a Pascagoula native and President of the Southwest Chapter of the Alabama Archeological Society, revealed an astonishing discovery. The pottery was made using the fire-tempered technique of the Norwood period and charcoal found with the ceramic pieces was carbon dated back to 1000 B.C. According to Geiger, how the artifacts were found with surrounding oyster shell, charcoal, and dirt provided evidence that the owners of the pottery were the first inhabitants of the island. It is hard to identify precisely what early civilization lived on Greenwood. Were the residents a Mesoamerica civilization, or did they belong to another geographical culture that could have made stops on the island during exploration or along trade routes? Either way, the discovery of these treasures indicate that Jackson County’s history has ties to an ancient existence from 3000 years ago. As little as we know about who left the ancient artifacts on Greenwood, we know less about what happened on Greenwood Island and the surrounding area until the late 1600s when a branch of Choctaw Indians, known as the Pascagoula, were found settled in the Jackson County area. We know they lived along the banks of the Pascagoula River, but we do not know if they inhabited Greenwood Island. They were discovered in 1699 by the French explorer, Pierre Le Moyne d’Iberville.

Our Gulf Coast slowly became inhabited by the French. One of these early French settlers was Jean-Baptiste Lefleur. Jean-Baptiste worked for Jean Girard, France’s commander of the French Army warehouse in Mobile, Alabama. Supplies from this warehouse were shipped various places, including routes that would stop in Pascagoula and Pearl River. Jean-Baptiste married the Commander’s daughter, Marie Jeanne. They had children together including Louis LeFleur. Louis spent his days running the routes out of Mobile with his dad and later took over the paths after his father died. Louis LeFleur became a major with U.S. Military. He was also the father of Greenwood Lefleur, Greenwood became chief of Mississippi’s Choctaw Indian tribe in 1830. He was named Greenwood after an English captain, Major Lefleur had admired when they worked together for a trading company out of Pensacola. What does this have to do with the tell-tale island located in southern Pascagoula? Well Major Lefleur’s sister, Luisa married Mr. Daniel Krebs, the great-uncle of Ms. Eugenie Krebs, eventual owner of Greenwood Island. Could it be possible the island owned by the Krebs was also named after Captain Greenwood? While the original habitats of Greenwood Island and its name can be disputed, the island’s story after it was sold to the government in 1848, is a solid piece of Jackson County and United States history.

On February 2, 1848, the Treaty of Guadalupe Hidalgo was signed ending the two-year long war between the United States and Mexico over Texas. Returning from the war, the United States Army had to set up various camps to aid in the discharge or relocation of soldiers returning from the fight in Mexico. They choose to set up one of those stations on Greenwood Island, and so in July of 1848 a military hospital was built and begin taking soldiers immediately. The hospital’s location was selected because the island was isolated from Pascagoula’s mainland. After a Yellow Fever breakout across the gulf coast, it was decided that the island was spared from the killer disease. However, in a bit of irony, isolating the soldiers from potential exposure to Yellow Fever ended up a fruitless cause.

Thanks to Greenwood’s desire to tell stories, we now have an accurate account of what life was like at Camp Lawson. In 1979 two men were fishing around the island when they discovered two coffins exposed on the eastern beach. More remains were found again in 2008 by more fisherman around the same area. They say dead men tell no tales, but these soldiers told us what life was like as a patient of Camp Lawson. Academic studies of the remains show us that the men most likely died from a severe case of bacterial dysentery. The conditions of the camp were not conducive to properly treating the advanced cases of the disease.

Despite the name Greenwood, the island itself is very marshy. The hot, wet conditions made the suffering on the island even more unbearable to normal. In fact, soldiers not infirmed often asked for a transfer to the island base, Camp Jefferson, despite the risk of Yellow Fever exposure. The hospital on the island only lasted for about six months. The terrible camp conditions and the severity of those dysentery-stricken soldiers made a quick case for abandoning the use of Greenwood Island for the infirmed. Around 2000 soldiers found themselves in transition at Camp Lawson. Only 900 of those successfully discharged and hundreds ran away. Some were deemed disabled and were released accordingly, and around 110 of the soldiers died on the island. We learned from the six remains that were partially preserved, that some of the soldiers were in fact of European descent and could have been part of the European volunteers who came to aid in the United State’s feud with Mexico. We also learned that they did not suffer any significant battlefield wounds. The United States true enemy during this time was bacterial infections, and the country was without the weapon of an antibiotic.

Starting with the revelation of an ancient civilization to the discovery of the tragic deaths of American soldiers, Greenwood Island has shared two separate stories from its 3000-year history. What else does it want to share? What else have we not discovered? I believe there are more stories to be told, and my hope is like the constant hum of the Singing River, our tell-tale island never stops talking. 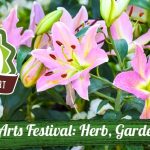 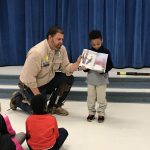