But if the annual prestigious affair comes down to a close contest and a big special teams play is needed to ensure a win, then Mississippi should have a big advantage in that department as well.

Ocean Springs senior standout multi-purpose kicker Bart Edmiston, Jr., is slated to serve as both the place-kicker and the punter for the Mississippi squad this weekend, just as he did during most of his career with the Greyhounds. The 36th annual game is scheduled for Saturday at noon at Hancock Whitney Stadium in Mobile on the campus of the University of South Alabama.

And in doing so, the OSHS standout is carrying on a family tradition of sorts of kicking in big football games.

Edmiston was just named as the best kicker in the state in the largest classification of competition, being named Class 6A First Team All-State over the weekend. He is coming off back-to-back stellar seasons as a key weapon both as a kicker and a punter for Ocean Springs, as the Greyhounds went 23-2 over that span and captured consecutive Region 4-6A titles.

Edmiston finished his senior season converting  63 of 70 extra points and was good on seven of 10 field goal attempts. His 84 total points were second only for the Greyhounds to quarterback Bray Hubbard, who ran for 20 touchdowns from behind center.

As a junior, he finished 60-out-of-65 on extra point tries and made seven out of eight field goal attempts including a career-long boot of 47 yards while averaging 37 yards per punt.

Edmiston’s father, Bart Sr., is a pain management physician on the Mississippi Gulf Coast. He was a former all-Southeastern Conference place-kicker at The University of Florida.

The elder Edmiston played five seasons for the Gators, from 1992-1996. He ranks second on the school’s all-time scoring list. He made 114 consecutive extra points from 1992-1995, setting an NCAA record that survived for 10 seasons.

He also played a major role on the Gators’ 1996 National Championship team., accounting for 10 points in Florida’s 52-20 Sugar Bowl win against rival Florida State, which clinched the school’s first-ever national title. He hit a 32-yard first-quarter field goal to give the Gators an early 10-3 lead and eventually kicked seven extra points in the rout.

The younger Edmiston is the second kicker to represent OSHS in the Alabama/Mississippi All-Star Game in the past seven years, as Brad Wall was selected for the game in 2015. 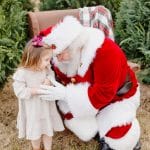 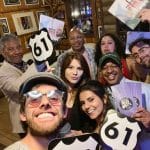