I don’t know about you, but when I think of February, I don’t typically think of outdoor activities like fishing.

Really the only outdoor activity that comes to mind in this chilly time of the year is Mardi Gras. But for one couple on the coast, fishing is exactly what they’re thinking about currently—due to a New Year’s Resolution.

According to a study by CBS News, only about 29% of Americans make a new year’s resolution and even less than keep those resolutions. Gulfport natives Davy and Tracy McCarty are in the small percentage actually holding strong.

The two have been married for over 20 years and wanted to come into 2022 doing what they love…fishing and spending time together.

Tracy spent a good amount of time in 2021 freshwater fishing. She landed her fair share of bream on those trips but is now turning her gaze to the gulf and taking Davy along with her.

According to the couple, they are is still learning about best practices for catching saltwater species but want to share a couple of resources that have benefited them.

The McCartys did a lot of their own research for reel setup and bait initially but eventually ended up at Wicked Bait Shop in Gulfport. Soon, they found the staff to be knowledgeable and helpful. They answered questions and pointed them in the right direction for bait. They have since become regular customers.

I took a trip to the shop to get some more tips from the staff. According to staff member Tom Terwilliger, this obviously isn’t the most fished time of the year. Most fishermen are spending time river trolling not saltwater fishing. Despite this, he does say that this is a great time to land some Sheepshead by fishing of rock jetties or piers. He recommends using shrimp or fiddler crabs, both pf which can be found at Wicked Bait Shop.

For whatever stage of fishing you find yourself at, the McCartys have a single recommendation: just have fun! It might be a little chilly or you might not catch anything, but you will undoubtedly make memories with your loved ones. So grab a pole, go see the folks at Wicked Bait Shop, and enjoy our Mississippi Gulf Coast. 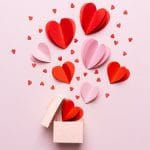 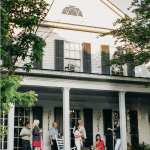