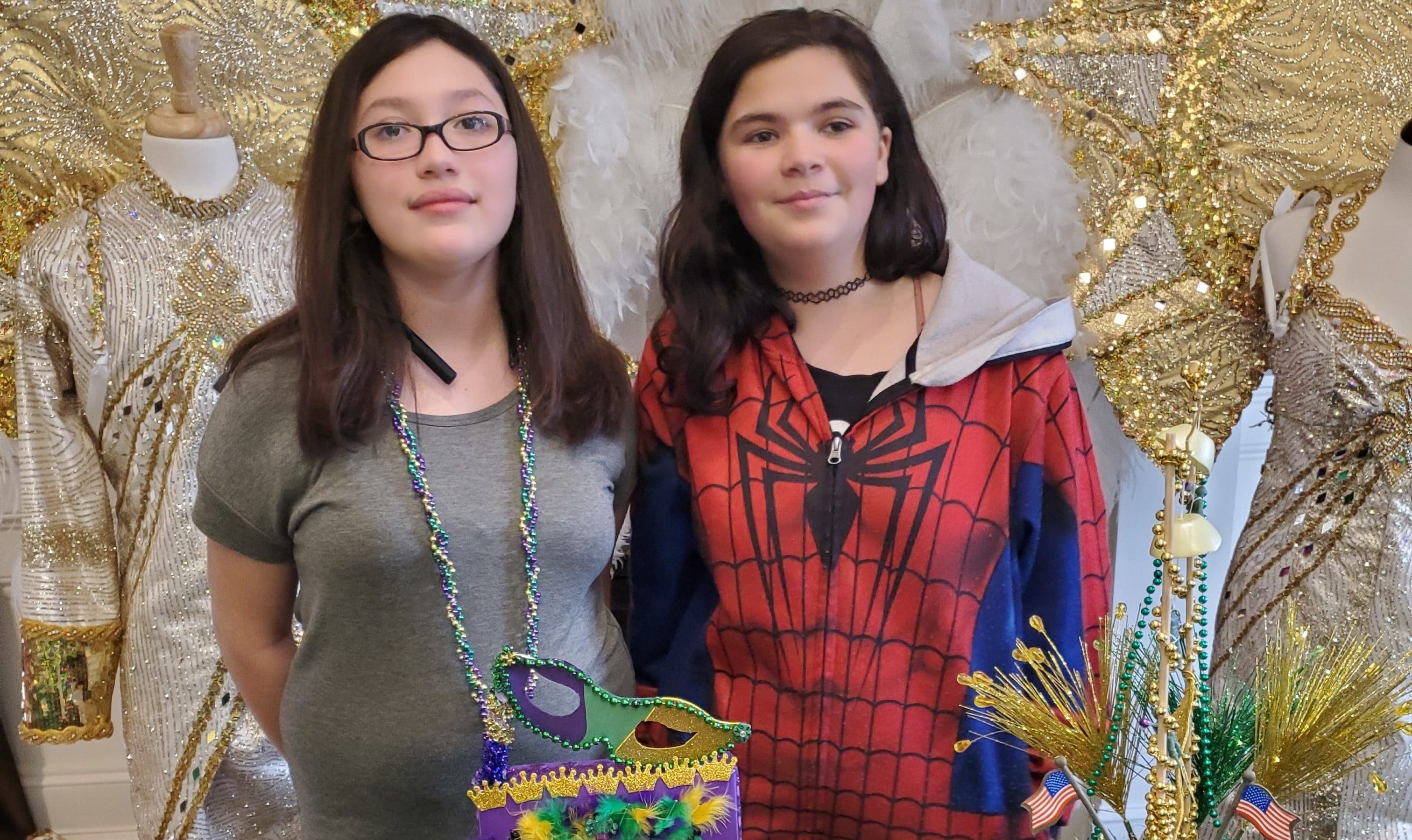 Each year, elementary school children’s imaginations are encouraged to let loose to design a parade float, with one catch.  It has to be made from a shoebox.  Now in its 22nd year, the event brought in more than a    dozen entries to compete for honors in the annual Shoebox Mardi Gras contest.

This year’s rules were simple.  Qualified contestants were 4th, 5th or 6th-grade students from Biloxi public schools, Nativity BVM School, or Our Lady of Fatima.  The basic foundation of the float had to be made from a shoebox, and relate to the Gulf Coast Carnival Association’s 2020 theme:  “Carnaval Du Cirque”, which is anything relating to a circus.

Lacy Asbill, a 6th-grade student at Biloxi Upper Elementary made it personal when she put together her entry.  “I wanted to honor my brother in Georgia who’s serving in the Army”, said the 12-year-old.  Her patriotic shoebox float, called “If the Army had a Circus”, is adorned with toy soldiers, parachutes dropping, and American flags pulled by a miniature tank.  “I stayed up all night to get it done in time for the deadline,” she said.  “It’s amazing what you can find in a dollar store.” 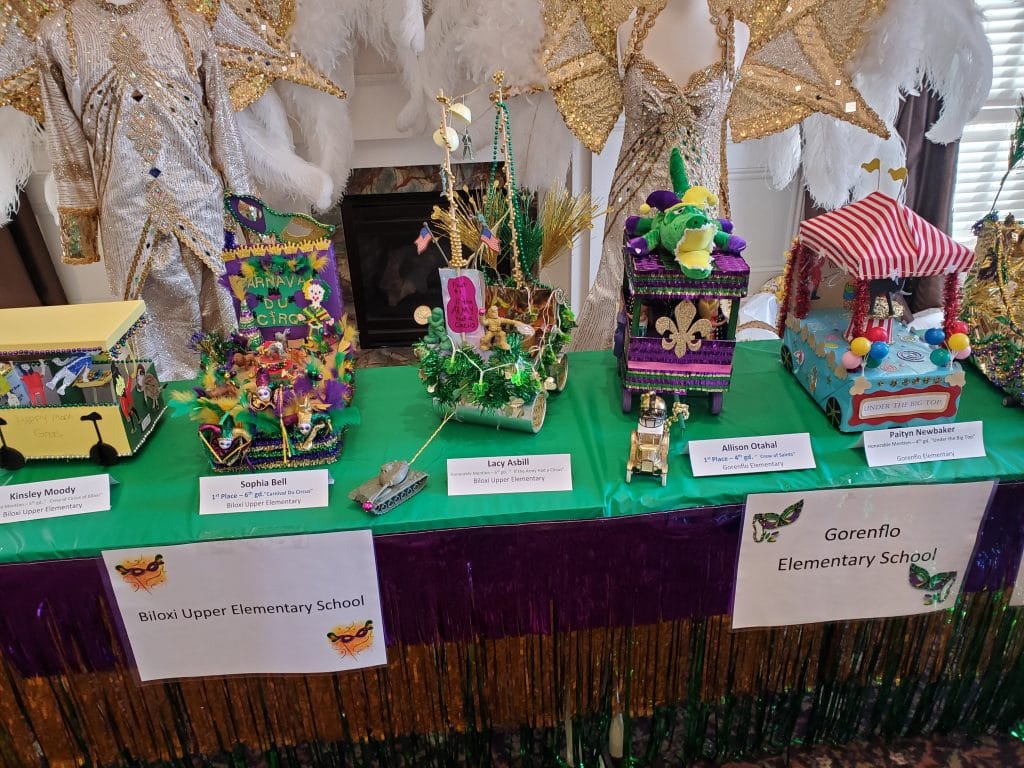 The first contest was started years ago by Ruth Hunt, who was trying to find a way to get children more involved and active with Mardi Gras customs and traditions.  “She really loved children and she loved Mardi Gras”, said Susan Hunt, referring to her late mother.

The entire Hunt family have been deeply immersed in Biloxi Mardi Gras since 1916, when Susan’s grandfather, Walter Henry “Skeet” Hunt and two other men drew up a charter of incorporation titled the “Biloxi Carnival and Literary Association.” The name later became what is known now as the Gulf Coast Carnival Association (GCCA).

For 44 years Hunt served as grand marshal and parade chairman until his son, Walter Kenner “Skeet” Hunt took the reign and became general manager and chairman of GCCA for another 18 years.   His wife, Ruth and two daughters, Susan and Martha, subsequently continued the shoebox contest and legacy of involvement in carnival events year after year. Today Susan and Martha keep their parents’ memory alive every Mardi Gras season, and they wouldn’t have it any other way. “Like my mother used to say, it’s all about the children,” said Susan.

Logistics and planning for the contest can take weeks to prepare.  Publicity, securing sponsorships, coordination and registering the entries are all accomplished by Susan and Martha with the help of some volunteers.

Final results from the contest were announced by each school after choosing a first-place and honorable mention winner.  Each student received an award certificate, t-shirt, and honored y the mayor at a Biloxi city council meeting.  All winners are invited to ride in the Biloxi Children’s Marching Parade on February 15. 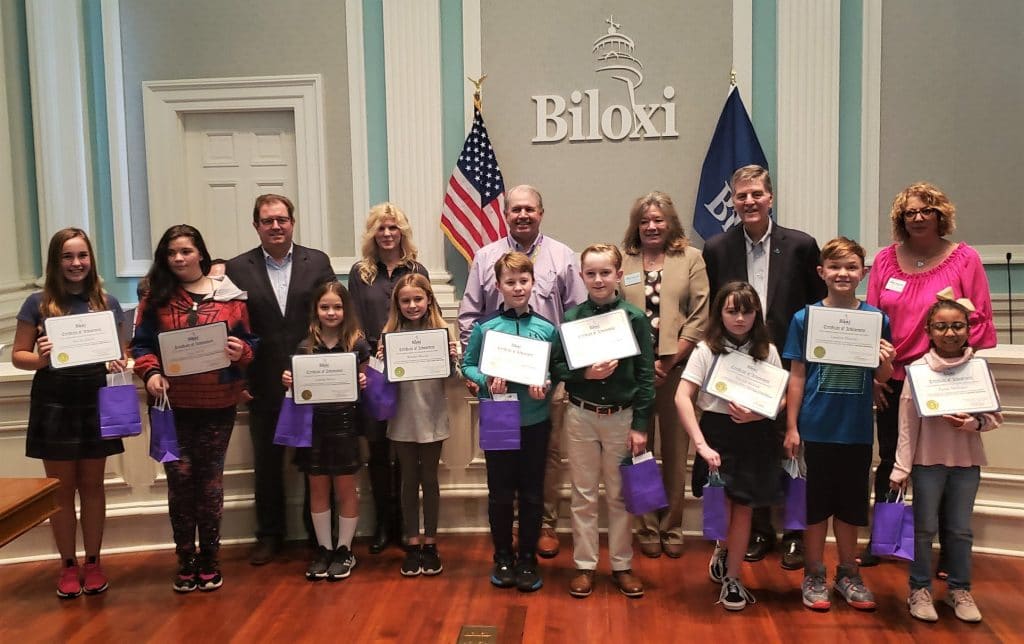 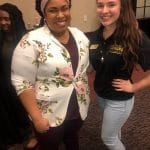 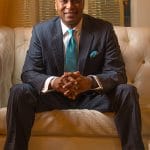