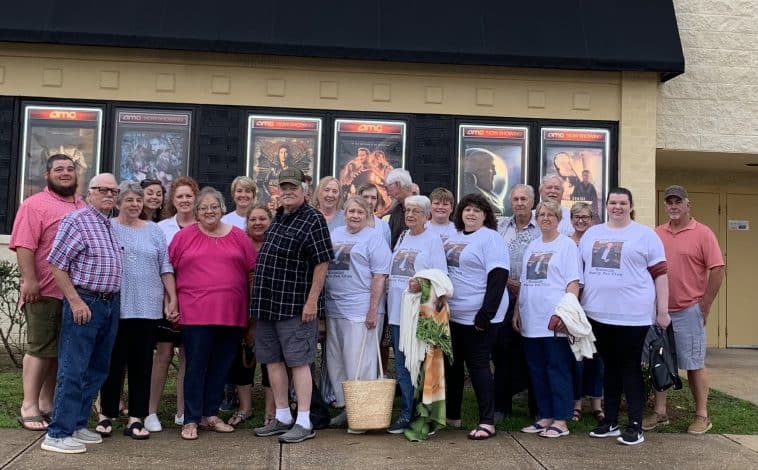 Unless you’ve been living under a rock, you’ve likely heard about the new Elvis movie portraying the King of Rock-n-Roll’s rise to fame. However, did you know the starring actor has roots in George County?

Yep, Austin Robert Butler is the 30-year-old grandson of the late Robert Howell, who grew up in George County and ended up in California after joining the military. Butler’s mother is the late Lori Anne Howell Butler, who passed away from pancreatic cancer seven years ago. Lori is one of Robert Howell’s three daughters.

Robert Howell was one of 11 children born to the late Ernest and Eva Howell. He joined the U.S. Air Force in 1960 after high school. He settled in California where he and his wife, Karen, raised their family. Howell’s niece, Freida Havard, said he never forgot his roots and frequently returned to Mississippi to visit family. “He taught his girls to love Mississippi. They came every summer and stayed a couple of weeks,” she said. “We loved for them to come, and they loved coming here.”

Havard’s mother, Mary Lou Howell Donaldson, was Robert Howell’s sister. Other nieces of Howell, who readers might know, are Sheila Bonner, Debbie Brewer, Eve Albritain, Gail Bond, Gwen Copeland, Marie Bufkin and Donnie Rush. They, along with members of their own families, recently went to a movie theater in Mobile to enjoy the Elvis show together.

Although Austin has not been to George County, he displays humbleness that Havard believes comes from his mother and grandfather Howell. “I can see in the interviews on the internet and on YouTube that he is humble. That’s the way his mother was and his grandfather, too.”

Havard met Austin and his older sister, Ashley, in 2000 while visiting family in the San Diego area. Her Uncle Robert was living near Santa Maria. He brought Austin and Ashley along with their mother Lori and another of his daughters down to San Diego to see them.

Austin’s role as Elvis fit him well as he could identify with Elvis having lost his mother at a young age. He said on a television interview that remembering how he felt losing his own mother helped him play the part more authentically. His mother’s influence also prepared him for the role because his mother was an Elvis fan. She had introduced Austin to Elvis’ music and movies at an early age. Therefore, he was very familiar with Elvis’ talents and the icon he became.

“The whole thing was about stripping away the icon of Elvis and getting down to the humanity of him. That’s what is fascinating to me,” Austin said about his performance during a June 13, 2022 interview on Good Morning America.

In the Elvis movie, Austin plays the King at various points of his life from the 1950s through the 1970s. Austin performs the vocals himself and sounds amazingly like Elvis. Although he could sing, Austin had not sung professionally previously. Yet, he knew it would benefit the film to be able to do so. “Music is how he expressed himself, so what would connect to his soul more than doing that as authentically as possible?” Austin said.

Austin entered the entertainment industry when he was 13 years old and had roles in Nickelodeon and Disney features. His mother and father had divorced when he was seven. When the acting jobs started coming in, Lori quit her job as an aesthetician to take him to studio and to stay on the set as was required by the industry for minor aged actors. He also began homeschooling to fit the filming schedule.

In the movie, Tom Hanks portrays Col. Tom Parker, Elvis’ manager and promoter, and the storyline is told from Parker’s perspective. The famed Baz Luhrmann directed the biopic. It has been in the works since 2014 but wasn’t officially announced until 2019. Both Priscilla Presley and Lisa Marie Presley gave their blessings on the film.

The Elvis movie premiered at the famous Cannes Film Festival where it received a 12-minute standing ovation on May 25, 2022. It was released in the United States on June 24 and has grossed more than $212 million. Butler continuously receives high praise for his performance.

Mississippi is the birthplace of Elvis, and most Mississippians enjoy claiming him as the state’s native son. And now, George County can give a shoutout to a native man’s grandson! Hey Austin, “uh, uh, thank you. Thank you very much.” 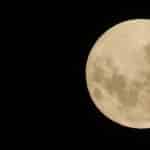 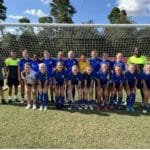