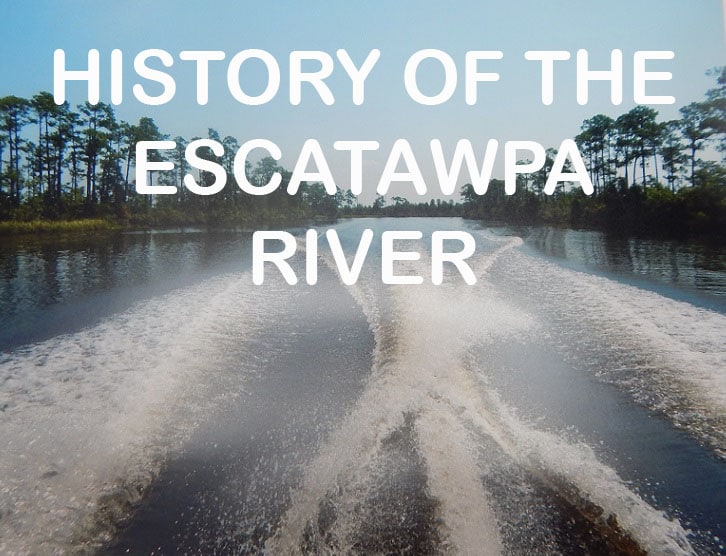 Using soil observation techniques, Geologists have estimated the development of the Escatawpa River dates to the Holocene Series, roughly 11,650 years before the present. The Escatawpa River is a 129-mile-long tributary which eventually merges with the Pascagoula River near Moss Point, MS and from there they both discharge into the Gulf of Mexico. The river flows through two Mississippi Counties: George and Jackson and two Alabama Counties: Washington and Mobile. Amazingly, the river drops only 120 feet along the 129-mile journey, a leisurely foot per mile. The Escatawpa is classified as a ‘Blackwater’ stream, the water color resembling a glass of tea. The reason for the coloring is the tannin content, as the river slowly moves through vegetative areas, tannins leach into the water.

The unusual name is an English phonetical interpretation. Choctaw Indians who inhabited a large part of the now Mississippi and Alabama States called the river “Uska-a-Topa”. The natives made an annual pilgrimage to the river to cut cane for making baskets. “Uska” was the Choctaw word for Cane and “topa” the word for cut. The banks of the Escatawpa were Inhabited well before the civil war.  The settlement officially became “Escatawpa” in 1855 when the first Post Office opened in the city. Naturally, the spelling was also adopted for the river.   One historical event happened on the river in April 1864, in Moss Point, MS. The town had been using a mid-19th-century cannon for special events, but after one event when the cannon was unattended, several youths tried an experiment of their own which resulted in injuries.

The citizens determined that the way to avoid such future events was to run the cannon to the end of the dock and dump it into the Escatawpa. Several recent rescue projects have been ineffectual. It is estimated in the 150 plus year span that the cannon is now below 10 – 15’ of river silt and the location cannot be easily identified. In 1976 the Corp of Engineers was engaged in a study of the Escatawpa and determined that there was a potential site for a dam that would provide a water source to the local area, however that project was abandoned.  A report released in June 1984, developed by the National Park Service, was a result of the investigation to designate the Escatawpa as an official “Wild and Scenic River”. Seventy-Four miles were recommended for scenic and/or recreational status. However, many of the landowners and local industries strongly protested the classification; citing government management and/or intrusion as concerns. Over 60% of land along the river was owned by commercial timber companies, possibly a major reason for the local attitude. This report concludes with responses from Senator Thad Cochran of MS; both Governors of Mississippi and Alabama, several Audubon Societies, Timber Companies, Banks, Lawyers and citizens who officially opposed the suggestion of the National Park Service to declare the area a “Wild and Scenic River”.

With the strong opposition of the locale, the National Park Service acquiesced and conferred with the fourth suggestion in the report, which was to leave the Escatawpa in its present state.   In that same report of the National Park Service, the water quality of the Escatawpa was designated as very good. Only 16 years later, a June 26, 2000 report from the Mississippi Department of Health, noted that catches of largemouth bass and catfish contained unacceptable readings of mercury pollution, prompting the agency to issue a fish consumption warning for some segments of the Escatawpa. Such findings show just how easily a habitat can change.

Despite a long and prosperous history, the Escatawpa remains a favorite spot for locals and visitors alike to enjoy fishing, sunbathing, swimming and camping on the brilliant white sandbars. 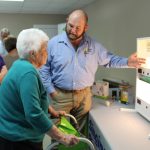 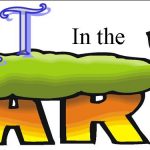