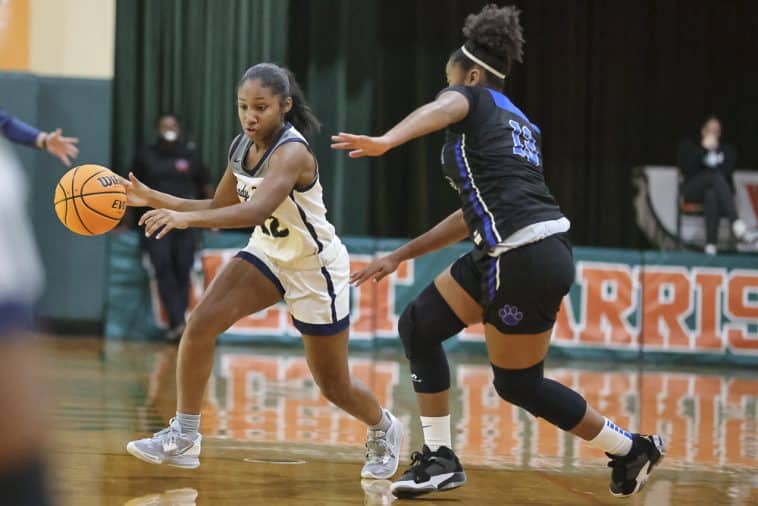 The week of Thanksgiving has always been a prime time for prep basketball across the state of Mississippi, and that’s the case in the “Southern Six” as well.

In the opening game of action Monday afternoon, the Ocean Springs girls knocked off Moss Point 44-24 to move to 4-2 on the season.

The Lady Greyhounds were led by Kaleah Lowery whose 14 points were a game-high. Lowery hit a pair of 3-pointers in the first half as OSHS took a commanding 24-9 lead at halftime. Rhys St. Amant added 9 points and 9 rebounds to the winning effort.

Moss Point, which dropped to 0-6 on the season with the loss, got a team-high 12 points from Ziara Cato.

In the second game of the day, the host WHHS girls beat OLA 65-8.

Also on Monday afternoon, St. Martin beat visiting Theodore (Al.) 40-30 in non-tourney action as the Yellow Jackets moved to 5-2 overall on the season. In other boys’ action, St. Patrick beat Pearl River Central 66-63, and the PRC girls picked up a 46-32 win over SPHS. The Lady Blue Devils head into the holiday break at a perfect 7-0 after the win.

There are at least four Thanksgiving tournaments on tap in our coverage area this week. Gulfport, West Harrison, Gautier and Picayue are all hosting two-day tourneys, with play taking place on Monday and Tuesday.

In Gulfport, boys action on Monday includes included Madison-Ridgeland Academy beating Biloxi 82-74, and the host Admirals meeting the Bay High Tigers in the nightcap at 7:30.

A girls’ game between Bay High and  MRA tipped off the action Monday afternoon. The Gulfport Lady Admirals faced Blount High of Mobile at 6 p.m.

On Tuesday, beginning at 3 p.m., winners meet winners and the losing teams face one another as well to wrap up play.

In Picayune on Monday, Biloxi beat St. Martin in girls’ action 33-18. Shaneal Copuz tallied a game high 17 points to pace the Lady Indians, tallying 12 of those points in the second half as Biloxi stayed perfect at 6-0 on the season. Teairra Lee scored eight points to lead SMHS.

The second girls game was also a local affair, as host Picayune beat George County 54-27. Sophomore Raziyah Brown tallied a game-high 18 points to guide the Lady Tide. Amyiah Mark chipped in 14 points to the winning cause, as Picayune moved to 2-6 with the win. De Kari McNair scored 7 points for the Lady Rebels, who drop to 0-4.

In boys’ action at Kelly Wise gym on the Picayune campus Monday, Grace Baptist takes on McComb at 4:30 while the host Maroon Tide faces Grace Christian at 7:30.

On Tuesday, winners meet winners and the losing teams face one another as well to wrap up play.

In Gautier, both Gautier’s boys and girls, D’Iberville’s girls and boys and Long Beach’s boy and girls teams will all be in action as well as the Stone boys and the Florence girls.

On Tuesday, the GHS girls and Florence play at 3, followed by the GHS boys and Stone at 4:30. Play concludes in the event with the DHS girls vs. the LBHS girls at 6 and the DHS boys meeting the LBHS boys at 7:30.

Keep checking back on 228Sports.com presented by ourmshome.com for more basketball coverage beginning with tournament play next week. Also, don’t forget about our on-going weekly coverage of all thing prep football as well. 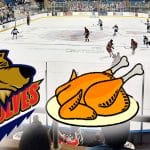 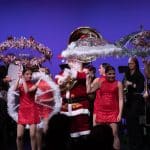