The Historic Ocean Springs Association invites the public to join them in Marshall Park on Saturday, Oct. 5, at 11 a.m. as the organization dedicates the historic bandstand in Marshall Park in honor of J.K. and Eleanor Lemon.

“HOSA is so proud to recognize the vision and generosity of J. K. and Eleanor Lemon,” said HOSA President Russ Bayne, “The gift of Marshall Park created a permanent green space that for decades has served to welcome everyone who enters downtown Ocean Springs.”

When a City ordinance change occurred in 1972, Marshall Park was proposed to be zoned commercial property. A group of citizens organized that same year in defense of Marshall Park. The property was purchased and protected in 1974 by well-known Ocean Springs citizen Eleanor Bradford Lemon.

While generously donating the park to the City of Ocean Springs with stipulation as to its permanent use as a public green space, in 1998 Eleanor Lemon gave HOSA a 40-year lease for stewardship of Marshall Park.

“HOSA takes great pride in honoring the trust of J. K. and Eleanor Lemon, and the history of Marshall Park,” said Bayne, “and we hope the public will come out on Saturday, Oct. 5, at 11 to help us dedicate this bandstand as we remember their generous legacy to a community they both loved so much.”

The original bandstand had a fascinating history few could envision when it was first constructed. Citing information recorded by historian Ray Bellande on his Ocean Springs Archives website, in early years, a local brass band gave weekly concerts in Marshall Park on summer evenings. In the late 1920s, the bandstand was relocated from the park to a spot on Old Fort Bayou at the Bayou Inn, now the location of popular Aunt Jenny’s Restaurant.

During a critical housing shortage in World War II, the enclosed bandstand was rented in 1944 as a much-needed home to a young aviator named Lt. Harry Arnold III and his wife and infant child.

“To me, it was a real find…I think the rent was about $28 per month. We moved in…and were very happy to have our little bayou bandstand,” said Arnold after a revisit in 1994. 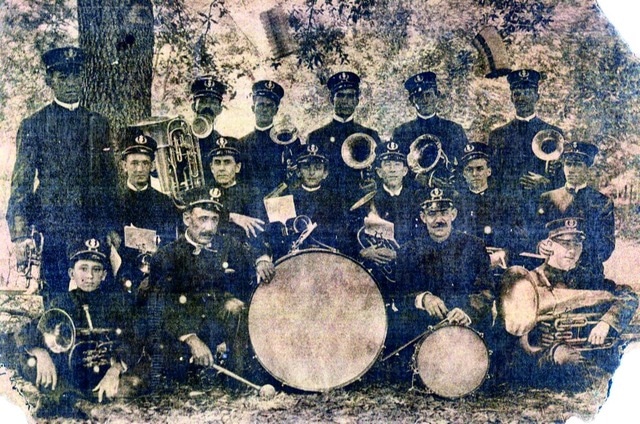 In 1989, the bandstand was donated and relocated from Old Fort Bayou to the heart of the Park. The Historic Ocean Springs Association (HOSA) held a fundraiser that year to rebuild the structure, a Strike Up The Band Stand event, and rebuilding soon began.

In 2018 and 2019, HOSA oversaw significant structural repairs to the 108-year-old bandstand, carefully completed by craftsmen working with Randy Hagan’s Village Carpentry. The elements of weather, use, and water had damaged supporting timbers and beams beyond expectation. A fire underneath had also damaged electrical wiring.

“After such an extensive renovation, we felt the time was right to dedicate the bandstand to the Lemons, who made sure the public could enjoy it,” said Bayne.

Melanie Allen is a writer who loves living on the Inner Harbor in Ocean Springs. Her career has earned her accolades for professional accomplishments and community service. She is active in regional arts, culture, and environmental organizations, and is happy to contribute to the Coastal good news shared through OurMsHome. 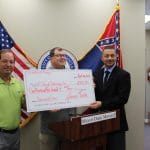 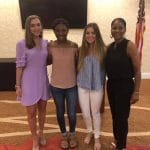