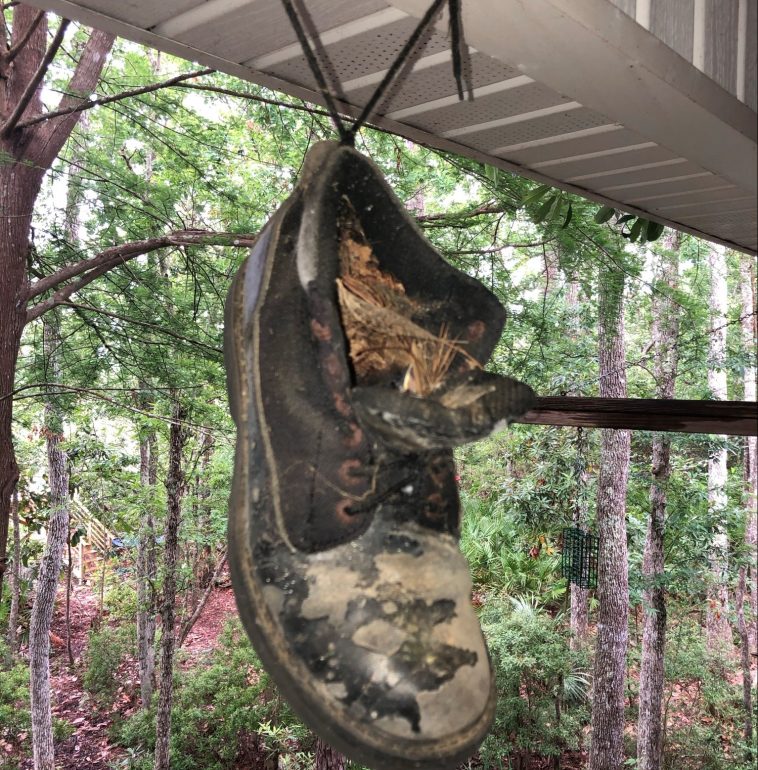 An old shoe of mine has lived a productive second life as a home for Carolina Wrens. We all have stories of these small, raucous little brown birds that think any container on your porch or garage is fair game to build a nest. On more than one occasion, I have been called upon by my wonderful wife, Mary, to rescue the nestlings of these birds from her hanging baskets – after dark – when she couldn’t stand not being able to water her begonias because the birds would fuss during the day. But that is not this story!

This story is about Mary’s inspiration a few years ago regarding the repurposing of old shoes for birdhouses. So, who keeps old shoes around? We do! Mary and I both grew up in large families during a time when used clothing and shoes were often repurposed. For the younger of us, that meant hand-me-down items that the older siblings outgrew. Worn clothing became patchwork blankets. Much of this approach was based on our parent’s experiences of rationing during World War II and their parent’s experiences during the great depression. Yes, it was in part about a shortage of money, but a sense of conservation of resources was also at play, which ultimately became a habit hard to break.

As a child, a fairly good slingshot could be wrought from a “y-shaped” branch, pieces of rubber cut from a discarded but saved tire inner tube, and the leather tongue of an old shoe (for the “pocket”). Many a tin can met their fate from my marksmanship, and yes, a few birds were “bothered” but few harmed. So, it was not surprising that Mary found a reference one day to using old shoes to encourage wrens to nest in them. The first Wren Shoe Box was soon deployed on our expansive porch.

Over the last 15 or so years, more shoes have been added to the collection at not only home but at the nature centers that I have worked at over the years. Not all are used immediately, but they do, at a minimum, provide a topic of conversation for visitors to the porch. The venerable shoe shown in the photo shared with this story has nursed countless wrens over the last 10 plus years, at least once a year. As with any nest box, cleaning out the old nest is a good idea but not necessary. Wrens are pretty good at remodeling an old home.

Old habits like not throwing things away too soon can have benefits beyond our own. I may have dreamed of using the tongue of my old shoes for a new slingshot, but Mary’s idea was frankly a better one. So, hang up those old shoes and watch the fun! Your begonias will be better off for your efforts. 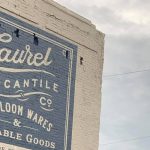 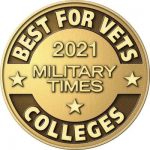