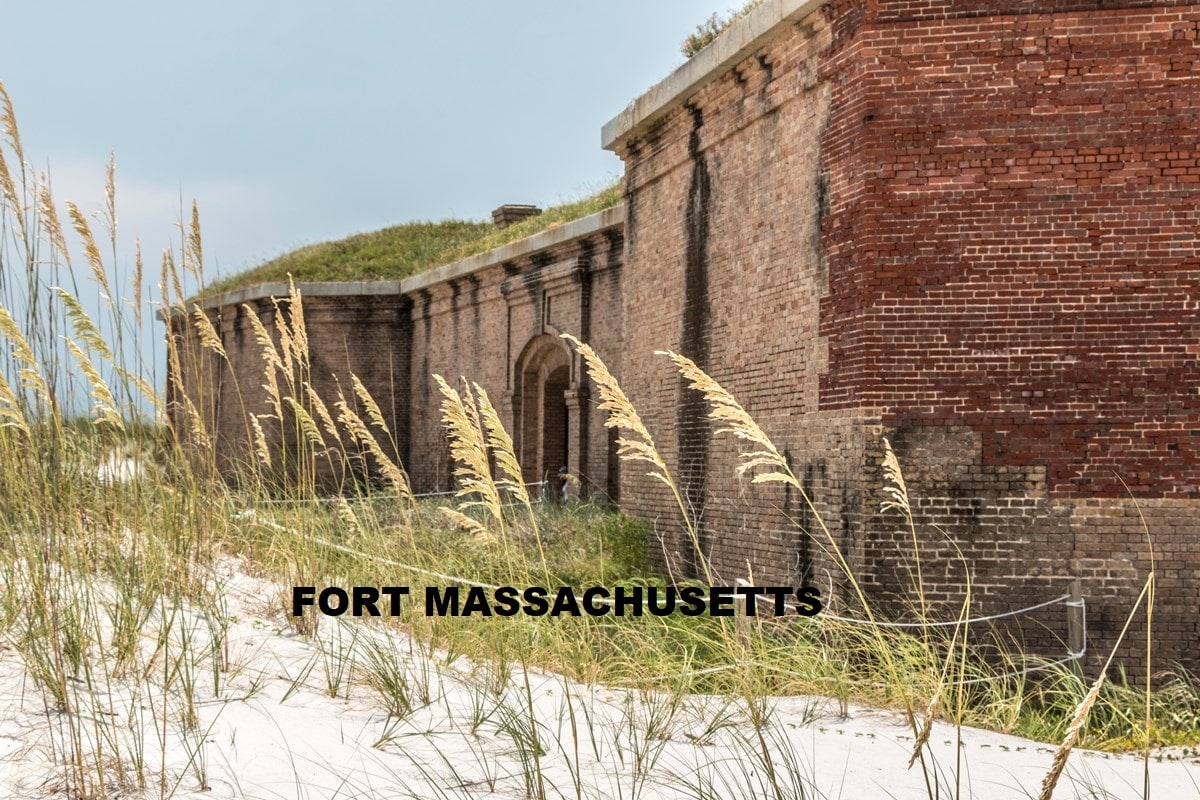 Named in 1699 by French explorer Pierre Le Moyne d’Iberville, as Ile aux Vaisseaux, French for Ship Island because of the protected deep-water anchorage.  The only such harbor of 19 feet depth between Mobile Bay and the Mississippi River. Located at longitude 89 degrees West and latitude 30 degrees North, the island is approximately 12 miles from the coastline of Mississippi.  Roughly only two square miles of land 7 miles long and ¾ mile wide at the most, the island has a rich history.

In 1763 Great Britain took ownership of the island at the end of the Seven Year’s War.  By 1783 at the end of the American Revolution ownership changed again to Spain.  In 1810 as part of the Louisiana Purchase, the United States claimed the island, and now it belongs to the State of Mississippi.

In the War of 1812, 60 British ships gathered at Ship Island in preparation for a raid on New Orleans.

A 45-foot tall brick lighthouse was built in 1853. As happened on many of the barrier islands, the lighthouse was subsequently damaged by wind and water and had to be replaced by a wooden structure in 1886.  That structure was burned down in 1972, a fire accidentally set by campers.

Construction of a brick fort, originally named Fort Twiggs, in honor of Confederate General David E. Twiggs began in 1859. Then in 1861 the Confederates had an altercation with the USS Massachusetts and were forced to abandon the island.  Later in the year the Union ship the USS Massachusetts returned to take possession of the island, and in 1862 the Fort was renamed Fort Massachusetts. Ship Island was the base for Admiral David Farragut’s Union fleet when they attacked the ports of New Orleans and Mobile. Construction ceased in 1866, the fort was never completely finished.  The fort is roughly circular in shape with many cannon mounts and has survived to this day.

Also during this time period, the Fort was used as a prisoner of war camp during the Civil War, housing up to 3,000 prisoners. Many future residents of Louisiana first set foot on Ship Island being used as a point of immigration.

In 1880 the island was designated as a quarantine station to protect the mainland from the spread of yellow fever.  The facilities included a hospital and cemetery.  Eventually, all 228 graves were exhumed and the bodies re-interred in the Chalmette National Cemetery.  Unfortunately, only 60 of the bodies removed could be identified.

By 1903 the island, all but abandoned became the responsibility of the lighthouse keeper. In 1955 both the Coast Guard and Keesler Air Force Base used the island as a military recreation facility.

A complete history of hurricane activity that affected the island would be hard to document, however, some of the more notable hurricanes which struck the island were:

2005 – Hurricane Katrina completely submerged the island with a 30-foot storm surge wiping virtually everything; the visitor and employee facilities, housing for the National Park Service Employees, the island’s pier and boardwalk, public concessions building, restrooms, and showers. Fort Massachusetts survived with minimal damage and soon reopened to the public.

2008 – Two weeks after Hurricane Ike it was discovered that the eastern half of the island had completely disappeared.  The erosion could have occurred during Hurricane Gustav just two weeks prior to Ike.

Recovery of the hurricane-damaged island began in 2009, with a complete reconstruction of the ranger station, restrooms, visitors center, and snack bar.

Another disaster in 2010, the explosion of the oil rig and spill of Deepwater Horizon threatened the island.  The island was surrounded by oil retention devices in order to protect it.

By  2019 the Army Corp of Engineers completed construction to reunite the two parts of the island.  The island is now a part of the Gulf Islands National Seashore and is protected and maintained by the National Park Service. This wonderful island and its pristine white sand beaches are accessible only by boat, however, there is a commercial operation that will ferry passengers to the island. Ship Island continues to be a popular tourist destination.  Well worth a day’s visit! 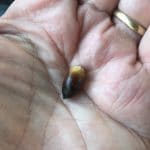 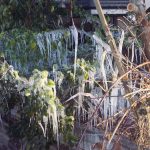