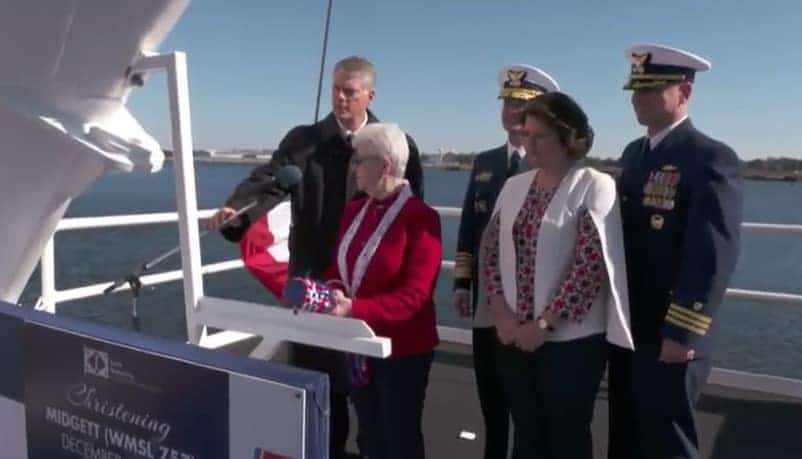 Midgett (WMSL 757) joins Bertholf, Waesche, Stratton, Hamilton, James, Munro and Kimball as the eighth Legend-class National Security Cutter built at Ingalls Shipbuilding in Pascagoula, Miss. The Legend-class plays an important role in enhancing the Coast Guard’s operational readiness, capacity and effectiveness at a time when the demand for their services has never been greater. A Legend-class cutter carries enough food and consumables to stay at sea for 60 days and has the ability to conduct replenishment and refuel at sea in order to extend patrols.

Midgett (WMSL 757) is named in honor of 10 members of the Midgett family who earned seven gold and three silver Lifesaving Medals for their heroic deeds and decades of service. “We often speak of our service as a family, our Coast Guard family,” said Adm. Charles Michel, vice commandant of the U.S. Coast Guard, who was the ceremony’s keynote speaker. “The Midgett name takes that seriously with a family legacy unprecedented in the armed services, a family that is all about service before self. Such a special name deserves to be emblazoned on a special platform. The Ingalls Shipbuilding team have built this incredible platform, something to be incredibly proud of and something the men and women of the United States Coast Guard take very proudly.” 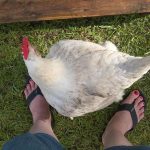 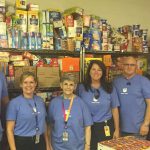