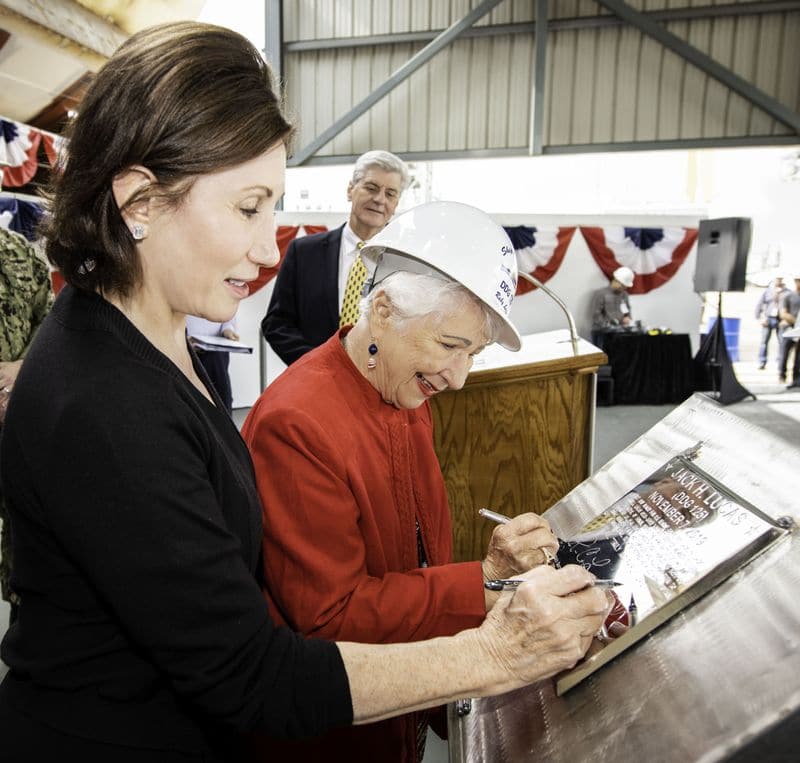 James Ellis, a structural welder at Ingalls, welded the two sponsors’ initials onto a steel plate, signifying the keel of DDG 125 as being “truly and fairly laid.” The plate will remain affixed to the ship throughout its lifetime.

“We are honored to have with us today the sponsors of this great ship, including Ruby Lucas, widow of our ship’s namesake. It is Navy tradition to name destroyers after men and women who served their country with distinction and this ship is certainly no exception,” said Ingalls Shipbuilding President Brian Cuccias. “Jack Lucas was born at a unique point in history and destiny had plans for the youngest service member awarded the Medal of Honor in World War II.”

DDG 125 is co-sponsored by Ruby Lucas, widow of the ship’s namesake and Catherine B. Reynolds, an entrepreneur and philanthropist who has enabled millions of Americans to attend the college of their choice through her foundation work.

“One of the best days of my life was the day I met Jack. I didn’t know a thing about him, but that day changed my life forever,” said Lucas. “God has always looked out for me and he has always looked after Jack. It has always been my wish that Jack would be remembered for all time. His personal history is without comparison. Now my wish for this ship is that Jack himself would move over it. May God bless this ship named Jack H. Lucas and may God bless America”

This is the first ship named to honor Jack H. Lucas, who, at the age of 14, forged his mother’s signature to join the U.S. Marine Corps during World War II. Lucas, then a private first class in the Marines, turned 17 just five days before the U.S. invasion of Iwo Jima and stowed away on USS Deuel (APA 160) to fight in the campaign. During a close firefight with Japanese forces, Lucas saved the lives of three fellow Marines when, after two enemy hand grenades were thrown into a U.S. trench, he placed himself on one grenade while simultaneously pulling the other under his body. One of the grenades did not explode; the other exploded but only injured Lucas.

DDG 125 is the fifth of five Arleigh Burke-class destroyers HII was awarded in June 2013 and the first Flight III ship. The five-ship contract, part of a multi-year procurement in the DDG 51 program, allows Ingalls to build ships more efficiently by buying bulk material and moving the skilled workforce from ship to ship.

“What makes this place what it is are the men and women you see with these hardhats on,” Mississippi Governor Phil Byant said as he addressed the crowd at today’s ceremony. “Brian I can tell you this, I say it all over the world, ‘We’ve got the best damn shipbuilders in the world.’ A ship like the Jack H. Lucas will keep this world of ours safe. Jack will be back where his spirit has always been, fighting for America.”

Ingalls has delivered 31 Arleigh Burke-class destroyers to the Navy. The shipyard currently has four DDGs under construction, including Lenah H. Sutcliffe Higbee (DDG 123), which is set to be christened in early 2020. 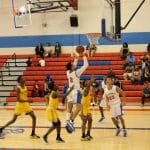 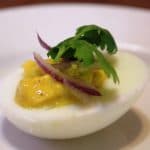