“The start of fabrication for one of the U.S. Navy’s most critical assets is always a significant milestone for our shipbuilders,” Ingalls Shipbuilding President Brian Cuccias said. “We look forward to leveraging our unparalleled shipbuilding expertise to construct the nation’s newest, most capable destroyer.”

The destroyer’s name honors former U.S. Sen. Jeremiah Denton, a Vietnam War veteran who was awarded the Navy Cross for his heroism while a prisoner of war. After graduating from the U.S. Naval Academy in 1946, Denton went on to serve in the Navy for 34 years as a test pilot, flight instructor and squadron leader. Following decades of military service, Denton was elected to the Senate in 1980 where he represented the state of Alabama for six years.

Denton was born in Mobile, Alabama on July 15, 1924. His wife, the former Kathryn Jane Maury, served as ship’s sponsor of the Ingalls-built Aegis guided missile cruiser USS Mobile Bay (CG 53) which was christened in 1985. 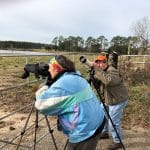 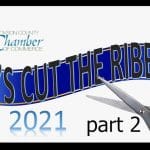