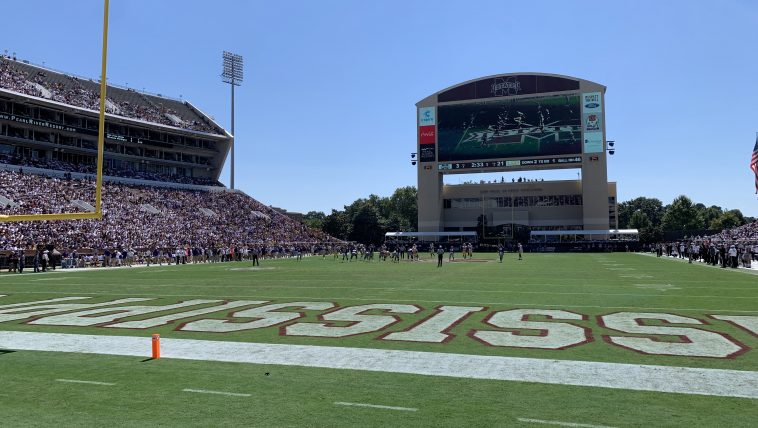 The second stop on our ‘Inside the Environment’ series was an 11 a.m. kickoff in Starkville between Mississippi State and LSU.

On the other hand, a major con of morning kickoffs is trying to get fans at both the tailgating scene and into the stadium. With that being said, I’d say Mississippi State fans did a pretty good job on Saturday. The Junction was considerably full, and Davis Wade saw an attendance of 50,298—about 82 percent full, which is around 5,000 more than each of the first two home games.

The fans were also loud, I mean really loud. Of course, the cowbells help, but that’s what makes Starkville a college football experience like no other. Fellow Our Mississippi Home contributor Casey Pennebaker and myself were fortunate enough to be gifted tickets in the field-level lounge behind the north end zone, so we were able to really take in the environment.

With the student section behind us and the only thing separating us from the field being a sidewalk, the seats were absolutely phenomenal (take notes for your next stadium expansion, Ole Miss). We were so close to the action that we could feel the heat from the flame jets when the Bulldogs ran on to the field.

Regarding the game itself, Mississippi State outplayed LSU and still found a way to lose. Going into the fourth quarter, the score was 21-10 but then Journey’s “Don’t Stop Believin’” came on the loudspeakers. If you haven’t had a chance to go to a game in Starkville, this is one of the traditions, and apparently, it tends to lead to a late push for the Bulldogs more often than not.

Halfway through the fourth, sophomore quarterback Will Rogers found Austin Williams for a touchdown. Five minutes later, Rogers was able to hit Jo’quavious Marks for yet another score. A two-point conversion would make it a three-point ball game. Unfortunately, the ensuing onside kick was touched by a player in maroon before it could go 10 yards and the Tigers were able to run out the clock.

All-in-all, it felt good to be back in an SEC stadium without capacity restrictions. Even with the Bulldogs falling short, I was pleased with what I saw—especially with it being an early kickoff. 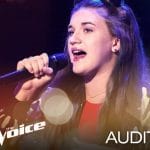 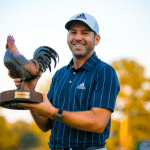