Deputy Chief Matt Chapman has been appointed the new chief of police for the City of Pascagoula. Chapman had been serving as interim chief of police since the announcement of now-former Chief Kenny Johnson’s retirement earlier this month.

“I am grateful for this opportunity to continue to serve and protect this community alongside some of the finest officers in America,” said Chapman, a 28-year veteran officer who worked his way up from Patrolman. “My goal for the department as chief is to make sure our officers are well trained and well equipped, and that every citizen of Pascagoula knows that when they need us, we will respond quickly, courteously, and with the utmost respect as we seek to enforce the law and protect their loved ones day in and day out.”

Following an application and interview period, Johnson made the hiring of Chapman official, saying, “It’s rare for an outgoing chief to be able to hire their successor. I just happened to be in that unique position. Matt has been my right hand as deputy chief. He knows and cares about this department, our officers and this community. I have no doubt he will serve this city well as chief of police.”

“Pascagoula couldn’t ask for a better chief of police than Matt Chapman,” Corder added. “I’ve known and worked with Matt for almost 20 years in some capacity. He has proven his dedication to our citizens time and again, and will be a strong, visible advocate for this community for many years to come.” 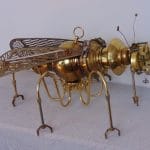 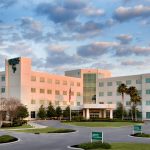