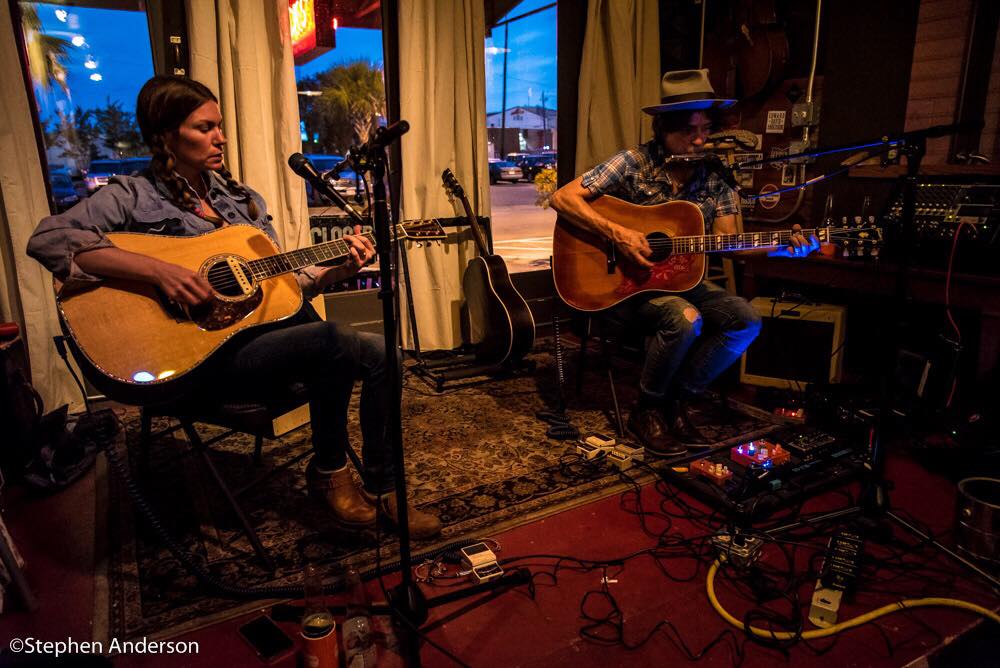 In October 2018, Jack’s By The Tracks celebrated seven years of bringing sushi and live music to the downtown Pascagoula area. Jack’s opened on Oct. 6, 2011, and hasn’t slowed down. Mark Garrison, co-owner with his wife DJ, is originally from Pascagoula and said that he wanted to give the community something they didn’t have before: a sushi serving juke joint with live music in an old paint store. “We want to make Pascagoula the destination for foodies, live music fans, artists, beer lovers, locals, coast neighbors, visitors,” he said. “We are proud of what we do at Jacks, and we should all be proud of our community and the progress of rebuilding since the devastation of Katrina.” When asked about the success of Jack’s since 2011, Garrison says they might be lucky but likens the experience to playing poker on a rollercoaster. “The hand we’re holding is great service, a fresh made from scratch menu, free live music, local art, a great bar with local draft beers and no wild cards,” he said. “We play the same hand every day. ‘Consistency is the key to success.’ But that only works if you’re holding a good hand, and the rollercoaster stays on the track! Buckle up!” And, the origin of the name shows how much this Pascagoula icon is a family affair for the Garrisons.

Originally, they were going to use the name The 3rd Rail, which he said is hobo slang for whiskey. They had everything ready to go using that name when their daughter, Holiday, took their dog, Jack, for a walk. She returned with a photo of him on the railroad tracks and said, “Look, Dad, Jack’s on the tracks.” He explained why not being on but being “by” the railroad tracks was better, and the name was born. 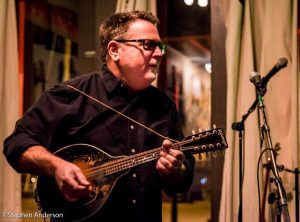 In seven years, which seems like 100 in bar and restaurant years, certain things have changed while a few other things have stayed the same. Garrison’s theory behind the menu: “Love your customers; serve them delicious food.” The menu changes often, but what hasn’t changed is the quality. Their menu items are made from scratch with nothing canned, frozen, or warmed up. Everything is prepared fresh by the “diverse and talented staff,” according to Garrison. Sushi still takes up half the menu with tacos, salads, entrees, appetizers and desserts rounding it out as well as weekly specials. A few items, like the shrimp and grits, have found a permanent spot on the menu and have become signature dishes at Jack’s.

Besides the music, the other half of what makes Jack’s so unique in Pascagoula is the free live music that is offered regularly. Garrison remembers the first night of live music they had with Mark Pfaff, from Will & The Bushmen, and Phil Proctor, named Lagniappe’s Best Guitar Player three years in a row. Garrison said the place was packed and the music was awesome – the rollercoaster ride was off to a good start with no wrecks.

They continued to have music weekly with most of it centering around the blues. About a year after that, Sugarcane Jane played, and Garrison believes this show ultimately defined Jack’s sound as “somewhere between Woody Guthrie and Jack White, Merle to Bruno Mars, Scruggs to Getz, small in size and huge in tone, and not pop.” And, it seemed to take off from there. Two to four nights every week, the little red stage is host to free live music that ranges from bluegrass to country to jazz with no karaoke, no drum machines and no canned music. “A new world of local songwriters, amazing musicians and the underground music fans came alive in Pascagoula,” Garrison said. “These talented artists and enthusiastic fans keep the mojo going. 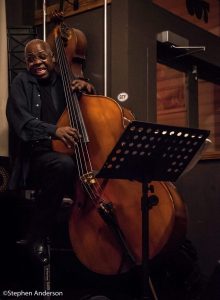 The shows continue to be magical, and it’s so rewarding to be appreciated by the best musicians AND the greatest music fans.” When reflecting on the past seven years and looking to the future, Garrison quotes Elvis: “Do something worth remembering.” And, he thinks Jack’s By The Tracks has done just that: “Jack’s is just a little spot that is easy to miss, but hard to forget.”

Visit Jack’s online or on Facebook to keep up with their revolving menu and regular live music schedule. 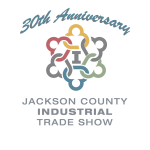