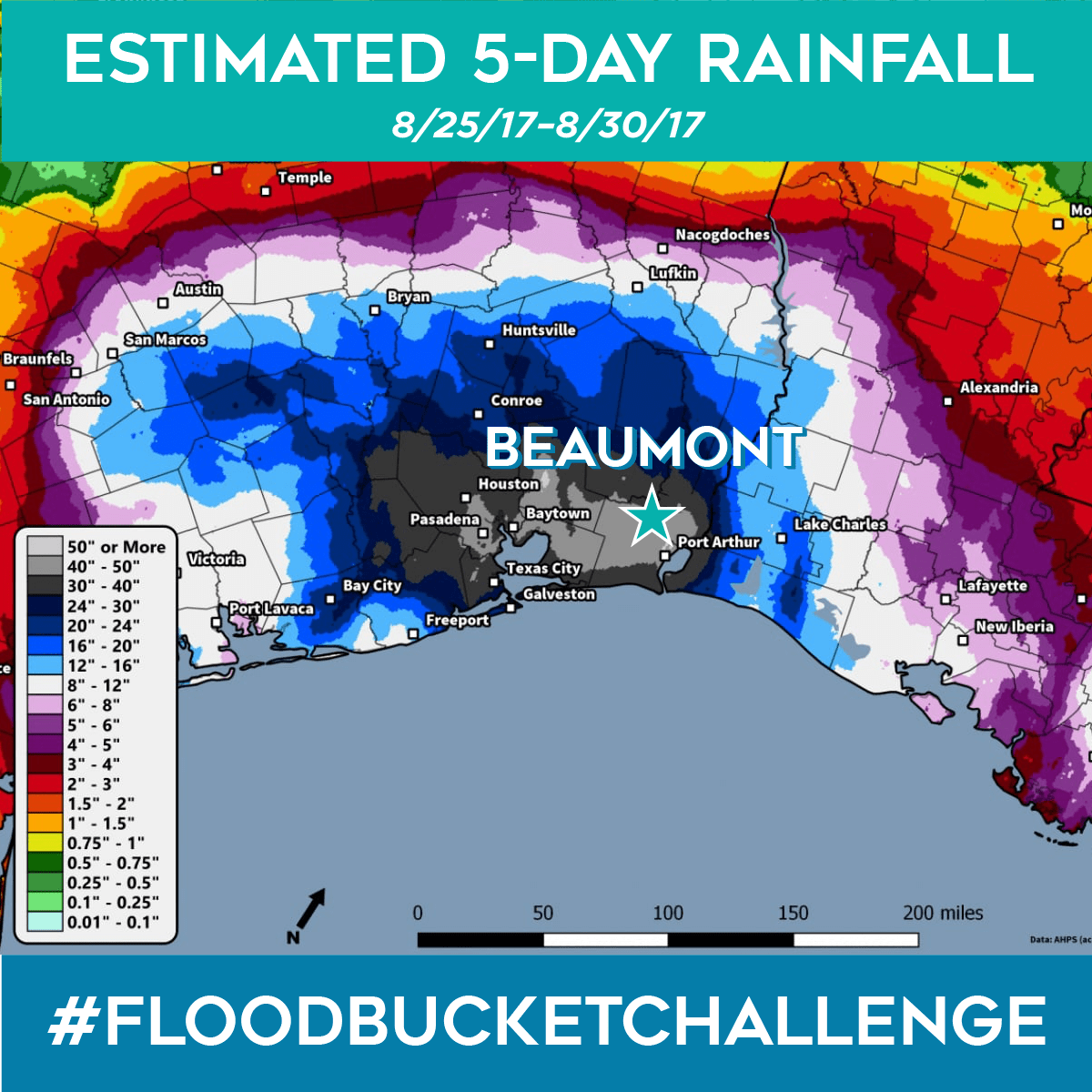 JaxCoHome is excited to announce that we will be sending all of our collected flood buckets to the people of Beaumont, Texas.

Beaumont is located in Southeast Texas, along the Texas/Louisiana border and near the Gulf of Mexico. The city has become a watery wasteland after heavy impact of Hurricane Harvey.

“The storm that inundated Houston swamped the city of Beaumont with a record 30 inches of rainfall, unleashed flash flooding that police said claimed two lives in Beaumont and forced hundreds of residents to flee to local shelters”, according to a report from NBC News.

We selected Beaumont for our flood bucket project due to their proximity and similarity to the Gulf Coast. The city of Beaumont is not as large as Houston, but has received more flooding than Houston in the storm’s total rainfall.

“Many Texans in and around Beaumont Port Arthur are fighting for their lives against an incredible amount of water,” said NBC News Meteorologist Bill Karins. “This is just as bad, if not worse, than flooding in Houston.”

The city of Beaumont continues to flood and is not getting as much media attention as other cities, such as Houston. Beaumont’s relief needs are just as important as those in bigger cities. The Mississippi Gulf Coast remembers when New Orleans was the center of focus, but we also were majorly impacted by Katrina. Beaumont is a smaller town and needs help from Jackson County, Mississippi.

Over the last 30 hours since Harvey has landed, Beaumont has received 26.5” of rain- putting storm totals at 43.67” of rain and is continuing to receive more rain and Harvey rips through what’s left of the city.

“We are so appreciative of the people of Jackson County coming together to help us”, says Regina Lindsey, Beaumont Chamber of Commerce.

You still have until Tuesday, September 5 to fill your flood buckets and drop off at any of our three locations in Jackson County:

For more information and updates on our #FloodBucketChallenge, visit jaxhome.com 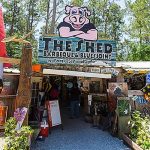 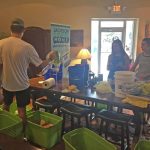