Jamestown Metal is expanding in Pascagoula to accommodate new contracts with shipbuilder VT Halter Marine. The project is a $375,000 corporate investment and will create 100 full-time jobs.

GPB: “Jamestown Metal’s new contracts with VT Halter Marine are bringing 100 exciting new jobs to the Mississippi Gulf Coast, where shipbuilding is one of the prominent economic drivers,” Gov. Phil Bryant said. “In total, 1,000 new jobs have now been announced in this thriving industry as a result of VT Halter Marine’s contract with the U.S. Coast Guard. I know Jamestown Metal’s new employees will take great pride in the construction of this ship, which, once complete, will allow the U.S. to successfully complete missions in polar regions worldwide.”

VT Halter Marine recently was awarded a $745-million contract for the design and construction of a Polar Security Cutter for the U.S. Coast Guard. Jamestown Metal, a multifaceted company specializing in joiner solutions, electrical, piping and HVAC, was awarded a contract to help build the new security cutter. Jamestown Metal will reconstruct its warehouse and fabrication facility and add new fabrication equipment to support VT Halter contracts.

“Jamestown Metal would like to extend its sincere appreciation to Governor Bryant, the Mississippi Development Authority and the Jackson County Economic Development Foundation for their contribution to building a globally recognized shipbuilding industry in Jackson County, Mississippi by investing in prime contractors like Jamestown Metal,” said Jamestown Metal Director of Field Operations John Hazard. “The reconstruction of our facility and addition of new equipment allows us to continue our 40-plus year commitment of supporting one of the largest industry sectors in the area.”

The Mississippi Development Authority is providing assistance for the partial demolition of the company’s current facility, construction of the new facility and site/yard improvements.

“The workforce along the Mississippi Gulf Coast is known for its ‘can do’ attitude, taking pride in building some of the most technologically advanced ships found anywhere in the world,” said MDA Executive Director Glenn McCullough, Jr. “MDA congratulates Jamestown Metal on its new contracts and commends the company for creating 100 new career opportunities in Jackson County. We salute the Jackson County Economic Development Foundation and Jackson County Board of Supervisors for their teamwork with MDA, which played an important role in this exciting economic development win.”

Jamestown Metal expects to begin operations in its new facility in January 2020. 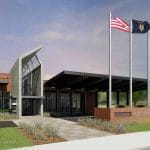 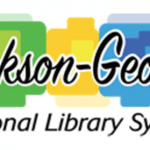