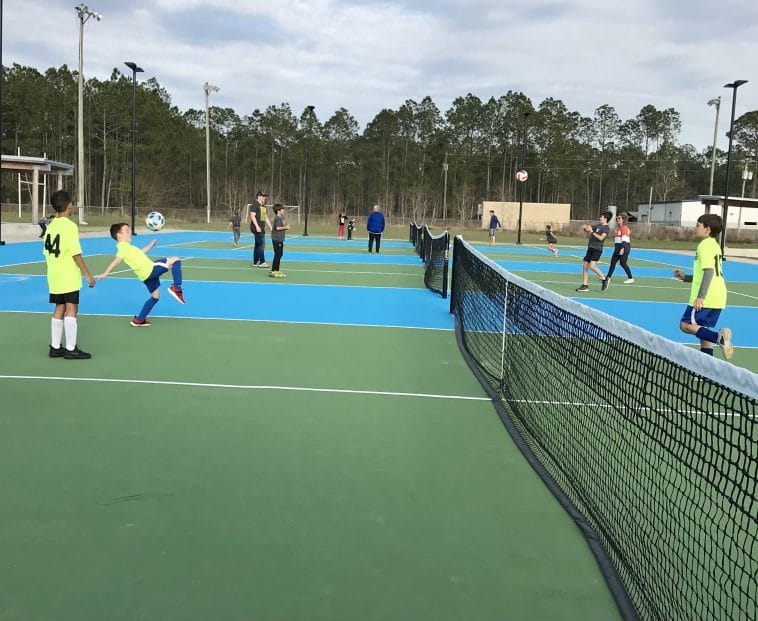 You’ll get a kick out of the upgrades at the Jackson County Soccer Complex in Gautier—especially the addition of four new “futnet” courts.

The $3.2 million community investment championed by the Jackson County Board of Supervisors also features 25 acres with ample parking lots, handicap accessibility, a walking track, drainage for wet games, elevated fields with bleachers and team benches, shady pavilions, and a loop around access road.

“We are leaders in the state with this advanced, upgraded facility,” Jackson County Supervisor Ken Taylor said.

Taylor, whose district includes Gautier, addressed a crowd of fellow supervisors, members of the Gautier City Council, Mayor Casey Vaughan, county and city employees, engineers, contractors, and a bunch of eager soccer coaches and players at a ribbon-cutting event this week.

“You are who we’ve done this for,” Taylor said to the young soccer players, who were jumping up and down with excitement.

Except for those young athletes, most people in attendance were a little confused about what precisely the trendy sport of futnet entails. Luckily, Jackson County Recreation Director Darcie Crew was happy to explain.

Futnet is the international hybrid sport of football, tennis, and volleyball. It consists of volleyball rules on a tennis court, using feet, head, and knees for play and, of course, there’s a ball. It is a very small but worldwide sport that dates back to the 1920s to ex-Czechoslovakia when young football players of Slavia Prague started to kick the ball over a horizontal rope which was later replaced by a net.

“It’s all over Europe, but it’s gradually becoming new to the United States,” Crew said. “As far as we know, there are only four courts in the United States and they are right here in Jackson County.”

10-year-old James Gibson said he has never seen any fields as nice as the ones at the improved complex. The Ocean Springs Upper Elementary fourth-grader has been playing soccer since he was five and added that he’s extremely excited for his first tournament at the complex.

“I think it will be great for other teams to see what we have here,” James said.

James also added that he’s looking forward to practicing on the new futnet courts, but he’s most excited about making opposing players jealous with the new team benches.

Once the ribbon was cut, and the complex was officially open. Thus, it was time to christen it with a little fancy footwork.

Lacey Gibson, coach of the SMSE 2010 & 2011 Jackson County boys soccer team, said their games and tournaments will play on the traditional soccer fields, and the futnet courts are for practices and warm-up exercises.

Gibson’s team of 10 and 11-year-old boys were kicking, passing, and heading as she tossed instructions from the sideline. She gave the boys a two-minute warning, alerting them it was almost time to leave the court and take it to one of the traditional soccer fields.

Future upgrades will include additional restrooms for the west side of the field.

To watch what futnet looks like live and in action, check out the video below. 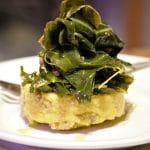 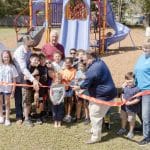