Do any of these names ring a bell: True Wings, Twisted Magnolia, Mac Daddy’s Creole Kitchen, Chef in a Box, California Taco’s, Chow Me Down, Gourmet Grilled Cheese, or Charro’s Hot Tamales? They should if you are a foodie of any merit! They are all part of the food truck invasion that has hit Jackson County in the past year or so.

Food trucks have an interesting history. It’s not hard to imagine that they began with street food stalls. If you travel to any of the less advanced countries, you are bound to see hundreds of stalls selling an almost unimaginable assortment of good things to eat. Big cities in the USA had food carts as early as the late 1600s, but some historians think that the chuck wagon in the American west was the true beginning or even the mobile food kitchens the army developed. Whatever the early history was, the real beginning was in 1974 when Raul Martinez’s converted his ice cream truck –  dumped the ice cream and began selling tacos in Los Angeles.

One of the requirements of the food truck food is that the food needs to be hand portable, like a taco. No one is going to buy a bowl of soup on a street corner, right? It is food on the go, so restaurants that lobby against the food truck industry have little to worry about. Going to a sit-down restaurant and grabbing a hot dog on the go are hardly related in almost any way. And, as I am fond of saying, if you are in the restaurant business, and you are afraid of competition, you, my friend, are in the wrong business.

Some trucks, like True Wings, keep a fairly steady menu. True did add an amazing fried chicken taco recently, but his truck is all about fried chicken,  and delicious fried chicken at that.

Twisted Magnolia prides itself on keeping the menu to four items, and a menu that changes daily. Last time I saw the TM truck, he was offering a combination of gumbo and jambalaya, he called it gumbolaya, a corn dog made with alligator meat and homemade pork skins and a super delicious smoked mullet dip.

As you might suspect, Charro’s Hot Tamales sells tamales – really, really good tamales by the way, but he also sells muffulettas and cannoli. California Taco is true to its name, this family serves California style tacos, not what the local fast food places sell, and if you have never had a taco in this style, you are going to be very pleased indeed.

Food trucks are all about diversity. Most, but not all, are mobile. Some are nothing more than a pushcart, some are pull-behind trailers, and others, like Mac Daddy’s Creole Kitchen, are tricked out trucks that had to cost a fortune. Mac Daddy’s even has a TV screen on the side of the truck, so you don’t get bored while waiting in line. Pretty cool, right?

When you are out and about and see a food truck on the side of the road, stop and give it a try. I think you are going to like what you find. 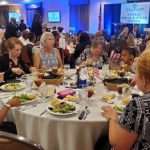 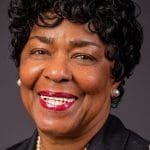