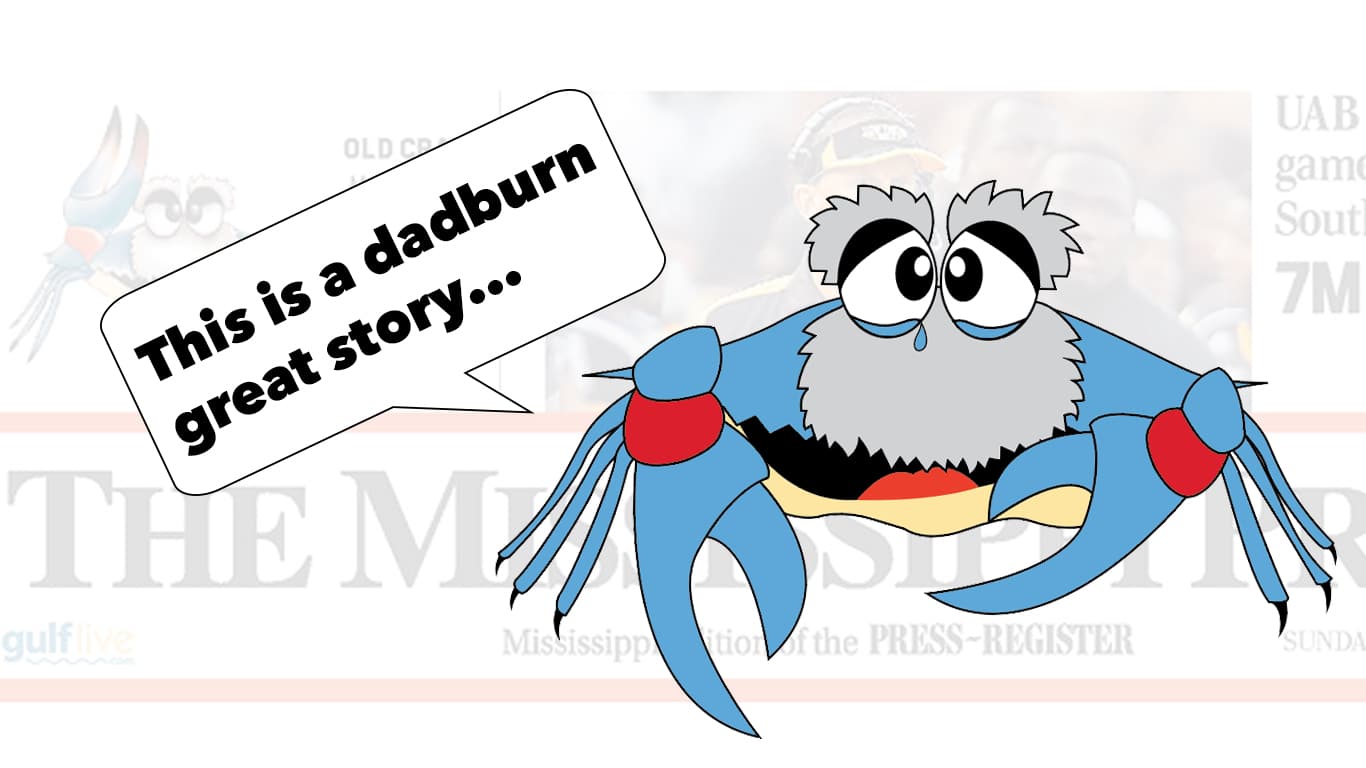 He was a crusty old crustacean. A regular dadburn curmudgeon, even. Informative, yet entertaining, and always ready with a salty pun.

Whether something fishy was going on in local politics or he was in hot water with the Misses again, Old Crab always had a one-liner that succinctly summed up what was on everyone’s mind.

Yet behind that characteristically hard shell was the soft heart of veteran Mississippi Press photographer Jerry Moulder, the creator and longtime author of Old Crab’s snappy sayings.

“That was just the way daddy talked,” said Toni Kraft, recalling her father who “was always joking, always laughing.”

Old Crab dug himself a home at the top of the Mississippi Press starting in 1980. From there, he gave readers a daily snapshot of the important news of the day—usually peppered with the collective, perhaps unspoken, opinion of the community.

“The old crab sort of expressed what a lot of people had on their mind, but, for whatever reason, didn’t want to express it,” St. Pe’ explained.

Kraft remembers the temptation to brag on her father for authoring the words of the area’s most prominent pundit, but his identity as the creator and original voice of Old Crab stayed a secret to most people until after his death in 2011.

“When he passed away, we started telling everybody,” Kraft said.

Once Moulder left the newspaper, other Mississippi Press employees carried on the torch, providing the same, crabby insights and opinions as their predecessor. The evening’s layout was not complete until Old Crab was written and approved by the entire night shift.

In recent years, Old Crab has gone into hiding, but Kraft believes the area still has a place for a little common sense commentary that became part of her father’s legacy.

“I would like for it to continue on and for everybody to experience it,” Kraft said. 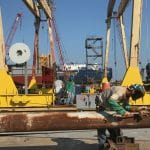