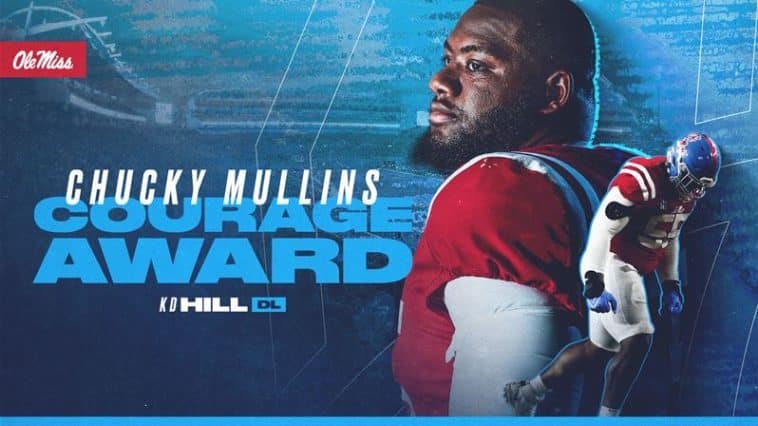 Ole Miss senior defensive tackle KD Hill has been named the winner of the 2022 Chucky Mullins Courage Award, as announced by Lane Kiffin on Wednesday.

A native of Eufaula, Alabama, Hill becomes the 32nd recipient in the 33-year history of the award. Hill will wear Mullins’ No. 38 number throughout the 2022 season.

The award, sponsored by Phi Beta Sigma fraternity, honors the late Chucky Mullins, who had his Ole Miss career come to an end during the 1989 Homecoming game against Vanderbilt when he was paralyzed after making a tackle. After returning to his studies at Ole Miss, Mullins passed away May 6, 1991.

“It’s an honor and privilege to be able to wear the No. 38,” Hill said. “I will play my hardest with this jersey on and I’ll represent it well, on and off the field.

“I’m just so thankful. Ever since I committed here, one of my goals was to be able to one day wear No. 38. This means so much to me. This is just proof that if you keep grinding and keep working, good things will happen.”

Hill has appeared 34 career games for the Rebels, including 10 starts at nose tackle last season. The two-year starter for the Rebels registered 24 total tackles on the season in 2021, including two tackles for loss.

Hill was selected from among several veteran defensive players by Kiffin and the Rebel coaching staff. The award is presented annually to an Ole Miss upperclassman defensive player that embodies the spirit of Mullins – courage, leadership, perseverance and determination.

Hill, who already graduated from Ole Miss with a bachelor’s in exercise science, has also made a tremendous impact to the Oxford community and is an exemplary role-model on and off the field. He has contributed to the community through both the Ole Miss Athletics program and local organizations.

Along with Ole Miss MBA students, Hill has taken part in the Grove Grocery Mission, which helps raise money for the University of Mississippi Food Pantry. Through the athletics department Hill has engaged in the Adopt-A-Basket program every year, which assists families in need throughout the Lafayette-Oxford-University Community with Thanksgiving baskets.

Hill has made an extraordinary effort to positively impact the education system in the community as well. He has volunteered at both Oxford and Lafayette Elementary as a car buddy, welcoming students to school by opening doors and waving to them to start their day. He has also participated in the Feed the Sip program which helped collect non-perishable food items to donate to elementary schools in Tunica and Quitman County. 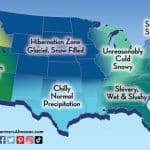 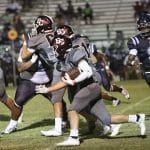