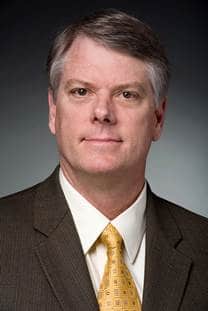 The Keynote Speaker has been announced for the 29th Annual Jackson County Industrial Trade Show. Keynote Speaker Brian Cuccias, Ingalls Shipbuilding President, will speak on Tuesday, March 20, 2018, at the B.E. “Mac” McGinty Civic Center (2902 Shortcut Road) in Pascagoula on the Mississippi Gulf Coast. The one day event will be held from 10 a.m. to 4 p.m. The Ribbon Cutting will be held at 9:00 a.m. that morning in the Fair Hall next to the Civic Center. The Chairwoman of this year’s event is Melanie Landsiedel of Chevron. This event is open to the business community working in the industrial field. Sponsorships, booths and wall space advertising are now available through the Jackson County Chamber of Commerce.

Brian Cuccias is executive vice president of Huntington Ingalls Industries and president of Ingalls Shipbuilding. Named to this position in 2014, he is responsible for all programs and operations at Ingalls, including U.S. Navy destroyers, amphibious assault and surface combatant programs, and the U.S. Coast Guard cutter program.

Most recently, Cuccias served as Ingalls’ vice president, program management, responsible for program execution and financial performance for all ships produced by the shipyard.

Cuccias earned a bachelor’s degree in accounting from the University of South Alabama and has attended executive education programs at Harvard Business School and the University of Pennsylvania’s Wharton School. He serves on the Mississippi Economic Council Board of Governors and on the board of directors for the Mississippi Partnership for Economic Development, the Jackson County Economic Development Foundation and the Salvation Army of Mobile.

Businesses are encouraged to put aside time on this day and allow their employees working in procurement, management, engineering and other industrial fields to attend the event. Participants are also encouraged to invite their business network to attend this show—regionally, nationwide and worldwide. This show is open to the business community. The Jackson County Industrial Trade Show allows businesses of all sizes and many classifications to promote their products and services to other local businesses in one location. The trade show provides the environment of face to face interaction where attendees learn about new and existing products and opportunities.