For all the little children whose hearts resemble that of Virginia O’Hanlon, yes there is a Santa Claus!

Once a year, millions of children around the world eagerly wait for a plump, bearded man dressed in red to bring them presents. Santa Claus remains magically mysterious and his very existence has been disputed for generations. Most of us believe he lives and works in the North Pole, employs a group of elves to manufacture toys, distributes gifts annually with the aid of flying reindeer, and regularly utters “ho, ho, ho” in a commanding voice. However, skeptics around us question how one man can deliver presents to millions of households despite solid evidence that multiple time zones make it possible as well as the fact milk and cookies left for Santa disappear and presents do appear.

“Yes, Virginia there is a Santa Claus” is an editorial written by Francis Pharcellus Church (Feb. 22, 1839 – April 11, 1906). It originally appeared in the New York newspaper, The Sun, on Sept. 21, 1897, and was first titled, “Is there a Santa. Clause?” According to the Encyclopedia Brittanica, the editorial was penned as a response to 8-year-old Virginia O’Hanlon’s letter asking whether Santa Claus was real. “Dear Editor,” she wrote. “I am 8 years old. Some of my little friends say there is no Santa Claus. Papa says, ‘If you see it in The Sun, it’s so.’ Please tell me the truth, is there a Santa Claus?”

Church’s prose answers Virginia’s question poignantly and leaves no doubt for anyone. In 1897 The Sun was one of the most prominent newspapers in New York City, and Church was a staff reporter and editorialist. He wrote the reply anonymously and his authorship was not disclosed until after his death in 1906. The Sun did not initially accept the piece’s popularity; however, it did so in later years. The newspaper republished Church’s editorial during the Christmas season every year from 1924 until 1950 when the newspaper ceased publication

Nowadays “Is there a Santa Claus?” is commonly reprinted during the holiday season. It has been cited as the most reprinted newspaper editorial in the English language. It has been translated into 20 languages and adapted as a film, as television presentations and as a cantata.

Virginia O’Hanlon was born July 20, 1889, in New York City. She married Edward Douglas in the 1910s but he deserted her shortly before their daughter, Laura, was born. Virginia became an educator earning her doctoral degree and working as a teacher and school principal before retiring in 1959. She received mail about her letter to The Sun throughout her entire life. She responded to each letter and included a copy of the editorial in her replies. In an interview during her later years, she credited the editorial with positively shaping the direction of her life. She died May 13, 1971, at age 81, in a nursing home in Valatie, New York and is buried in the Chatham Rural Cemetery in North Chatham, New York.

Below is Church’s famous response published in 1897, which has been republished time and time again always warming hearts of all ages.

“Yes, Virginia, there is a Santa Claus. Virginia, your little friends are wrong. They have been affected by the skepticism of a skeptical age. They do not believe except they see. They think that nothing can be which is not comprehensible by their little minds. All minds, Virginia, whether they be men’s or children’s, are little. In this great universe of ours, man is a mere insect, an ant, in his intellect, as compared with the boundless world about him, as measured by the intelligence capable of grasping the whole truth and knowledge.

Yes, Virginia, there is a Santa Claus. He exists as certainly as love and generosity and devotion exist, and you know that they abound and give to your life its highest beauty and joy. Alas! How dreary would be the world if there were no Santa Claus! It would be as dreary as if there were no Virginias. There would be no childlike faith then, no poetry, no romance to make tolerable this existence. We should have no enjoyment, except in sense and sight. The eternal light with which childhood fills the world would be extinguished.

Not believe in Santa Claus! You might as well not believe in fairies! You might get your papa to hire men to watch in all the chimneys on Christmas Eve to catch Santa Claus, but even if they did not see Santa Claus coming down, what would that prove? Nobody sees Santa Claus, but that is no sign that there is no Santa Claus. The most real things in the world are those that neither children nor men can see. Did you ever see fairies dancing on the lawn? Of course not, but that’s no proof that they are not there. Nobody can conceive or imagine all the wonders there are unseen and unseeable in the world.

You tear apart the baby’s rattle and see what makes the noise inside, but there is a veil covering the unseen world which not the strongest man, nor even the united strength of all the strongest men that ever lived, could tear apart. Only faith, fancy, poetry, love, romance can push aside that curtain and view and picture the supernal beauty and glory beyond. Is it all real? Ah, Virginia, in all this world there is nothing else real and abiding. 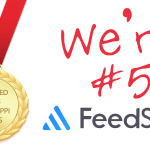 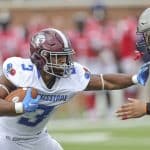