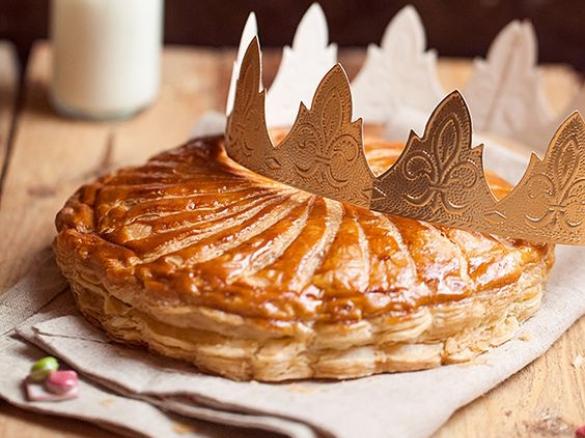 Nothing says Mardi Gras season has arrived like a heaping slice of king cake.

Stop by any Mississippi Gulf Coast office and you’re sure to see employees partaking in at least one crown-shaped treat filled with various creams, nuts, and fruits topped with sugars of purple, green, and gold. And that shape and those colors aren’t random. The elongated cake exemplifies the unity of faiths. The purple stands for power. The green symbolizes faith, and yellow represents justice.

With the king cake’s secret ingredient, there are likely to be more treats before the upcoming Fat Tuesday. That’s because the key to every king cake is a tiny plastic baby hidden among the layers. The person who discovers it in his or her slice is branded as the purchaser of the next. This custom repeats with each cake until the Mardi Gras season ends.

And everyone wants to find that little baby. Some say it’s baby Jesus and a renewal of their faith, while others just think of it as a symbol of luck and prosperity. Some people think the baby represents both. Therefore, eating king cake is almost like a sport—one the Gulf Coast takes seriously during king cake season.

And king cakes are just as rich in history as in flavor. The Mardi Gras celebration has evolved over the centuries, with each culture adding its own unique rituals.

These days, king cakes can be found in any upscale bakery, gourmet grocery store, or even a gas station convenience store. Over the years, the king cake itself has evolved into a sinfully decadent delicacy stuffed with unique flavors such as chocolate chip cookie dough, bananas foster, and Oreo cream cheese.

But, that wasn’t always the case.

Gulf Coast tradition borrows heavily from European influences and is believed to have begun in the 1870s. The cake is meant to commemorate the three wise men of the Bible, who came bearing gifts for baby Jesus. King cakes are found beginning in early January through Fat Tuesday to honor the three kings with a sweet homage to their jeweled crowns.

In the Picayune’s Creole Cookbook, published originally in 1901 by the Times-Picayune in New Orleans, the recipe for Gateau de Roi (king cake) consists of “two pounds of the best flour, a pound of the best butter, 12 eggs, a cupful of sugar, 1/2 an ounce of yeast, 1/2 an ounce of salt and candies to decorate.” 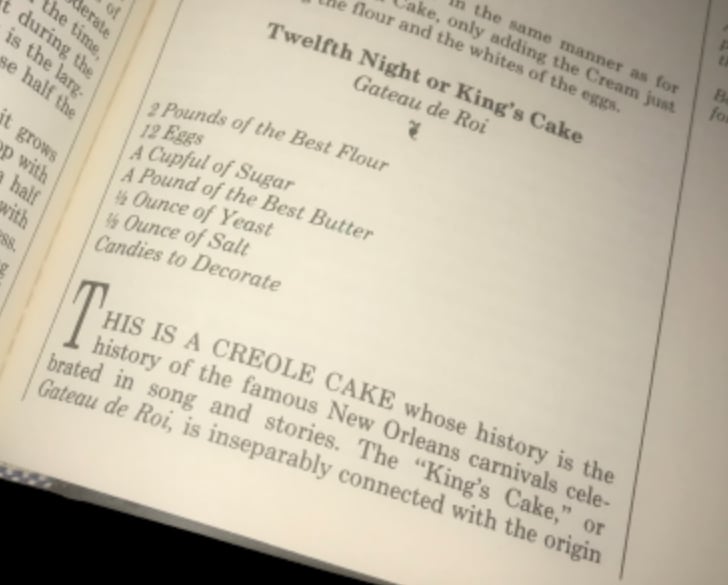 There’s no mention of the fancy icing or colored sugar we see today, but add-ons consisted of bon-bons, dragees, and caramels. A tiny bean was hidden inside instead of the plastic baby.

These immense cakes were reserved for parties with guests of smiling cavaliers and lovely creole maidens. The cake was divided into as many pieces as there were guests at midnight and each slice was covered with a dainty linen to prevent peaking. The lucky person to discover the bean in his or her piece was declared king or queen. Tradition required the finder to split the bean and share it with the companion of their choice to ensure good luck for the remainder of the year. The couple would rein as Mardi Gras king and queen until the next party where another Gateau de Roi would be served.

The traditions and the cake have definitely changed over the years, but there’s no reason to think Fat Tuesday will ever be a skinny celebration so—Laissez les bons temps rouler! 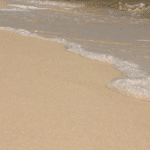 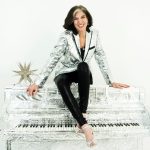