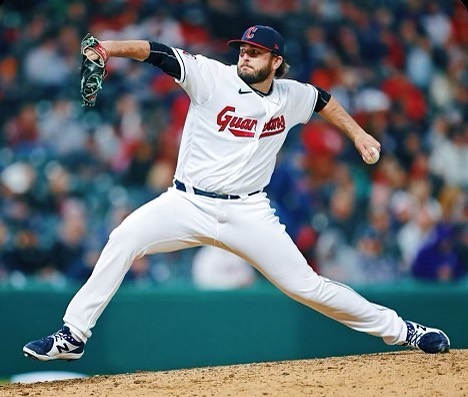 Over the past three decades, four different high schools in Jackson County have combined to win a total of eight state prep baseball championships.

However, despite all of that success on the diamond during that span, the county had never produced a player that served as a starting pitcher in a Major League Baseball game.

Until this week, that is.

East Central High product Konnor Pilkingington earned that historical status on Sunday when he started a game for the Cleveland Guardians against the Toronto Blue Jays. The homestanding Guardians pulled out a 4-3 win at Progressive Field.

Pilkington allowed two runs on three hits and three walks while striking out six in almost four innings of work during Sunday’s win over the Blue Jays. He didn’t factor into the decision.

Pilkington’s first three appearances with Cleveland came out of the bullpen, but he drew the start Sunday since the squad had to play a doubleheader Saturday. The southpaw threw 83 pitches in his start, striking out six against the Blue Jays’ potent offense. Pilkington will likely be used as a spot starter on other occasions this year by manager Terry Francona.

Pilkington earned a spot on Francona’s Opening Day roster as a reliever, and he tossed five scoreless innings across three appearances between two stints in the majors before he was optioned down to Columbus a second time on April 24. He’s made two starts at Triple-A since heading to the minors.

In Sunday’s game, Franmitt Reyes scored the winning run on Óscar Mercado’s tiebreaking, two-out single in the eighth inning for the one run win.

Pilkington is one of a  trio of southpaw hurlers that played prep baseball within 45 or so miles from one another in South Mississippi that reached the Majors this season.

Lucedale’s Justin Steele and Garrett Crochet of Ocean Springs all earned spots on the opening day roster as well for their respective teams, as Steele is starting for the Chicago Cubs and Crochet is on the injured list for the White Sox.

“It seems unusual, though I don’t know if you can attribute it to anything other than left-handers being a valuable commodity in baseball and thus more likely to stick around at the higher levels,” Jackson County native Creg Stephenson, a veteran sportswriter and amateur baseball historian, said. “It’s impressive though and something that area can certainly be proud of.”

The 6-foot-3, 230-pound Pilkington, who was a stalwart at East Central High, found out he had secured a spot on the Cleveland Guardians pitching staff over the final weekend before the season started. The 24-year-old Pilkington was obtained by Cleveland in a trade from the Chicago White Sox during the off-season.

In college, he was one of the standouts for Mississippi State as they made a run into the College World Series in 2018. 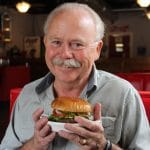