One of Jackson County’s hidden gems is undergoing renovations so that it will stay around for generations to come.

Located in Pascagoula, the LaPointe-Krebs house is the oldest structure in Mississippi and the oldest confirmed building in the entire Mississippi Valley.

“We did a dendrochronological study through experts at the University of Southern Mississippi, and the center room dates back to 1757,” said Mack Wixon, Executive Director at the La-Pointe-Krebs Foundation. “Additions to the house were built in 1762 and more in the 1790s. This is also the only surviving tabby structure on the Gulf Coast.” Tabby structures are made with a unique type of concrete that used oyster shells.

“It’s a direct tie to colonial times and a focal point in Pascagoula and Jackson County,” Wixon added. “It’s also one of the most important archeological sites on the Gulf Coast. Evidence on the property has been found of Native Americans, which dates back roughly ten thousand years. The area is virtually unchanged since then, except for the more modern museum that was built in 1986 or so.”

All of these reasons mean that keeping the LaPointe-Krebs house standing is extremely important to the community.

“The house needed attention even before Hurricane Katrina in 2005,” Wixon said. “Restorations have been performed beginning in the 1950s, but now we are trying to address any and all problems the house might have. We finally got a concrete base on it. The west room had sunk down a foot and half, so we raised the entire left side of the house back to level. We’re trying to make sure another storm won’t take the house anytime soon.”

Now that structural improvements are complete, the next phase involves restoring the aesthetic aspects of the house.

“Next we want to address the room, walls, and aspects of the interior,” Wixon said.

While it took roughly a year for the structural renovations to be completed, further renovations are expected to take longer.

“We don’t really have a set date for completion because restoration projects like these can be very expensive,” Wixon explained. “We want to make sure we are doing everything to the best of our ability and using the latest technology, so money is a factor for this restoration. However, if I had to give a ballpark estimate, I would say we hope to have everything finished in two and a half years.”

Even during renovations, the museum is still open to visitors.

“People can visit Tuesday through Friday from 10 a.m. – 5 p.m. and Saturday from 10 a.m. – 3 p.m.,” Wixon said.”The house has a real cultural significance that can’t be matched. It features amazing architectural techniques that haven’t been seen in hundreds of years. It’s a colonial gem. 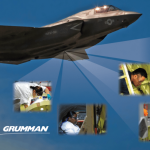 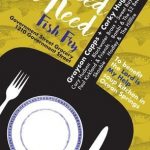