Last week on the18th of September, the United States Air Force (USAF) celebrated their 72nd birthday with a theme of “Frontiers of Blue…This is 72” to embrace heritage, warfighting capability and innovation.

The branch of the military has come far since former President Harry S. Truman signed the National Security Act in 1947, officially establishing the USAF as a defined branch of military service. From the Wright Brothers and the beginning of airplanes to advanced technology in air, space and cyberspace, it is clear 72 years has proved useful.

Along our Coastal Mississippi, we are fortunate to celebrate our own Keesler Air Force Base (KAFB). In 1941, Biloxi city officials hoped to support World War II training buildup and expressed that to the government. The War Department then selected Biloxi as the site for the Army Air Corps Station No. 8 Aviation Mechanics School on June 12, 1941. Soon after the school was named in honor of Greenwood native, 2nd Lt. Samuel Reeves Keesler.

However, what we know today as the 81st Training Wing (TRW), was not activated until July 1, 1993, being re-designated from the previous 81st Tactical Fighter Wing. Although the name and mission have changed, the heritage remains.

“Our mission is not only to technically train warfighters but to develop and inspire them,” said Floate.

Floate noted the success of KAFB and how the Coast community plays a part in that.

“Keesler AFB loves being on the Gulf Coast,” said Floate. “Our dynamic relationship with the (Gulf Coast) community is strong. The success of our partnership relies on our ability to work together and create win-win situations for our wing and community.”

KAFB is the second largest Air Force technical training base in the United States. It is also one of the largest employers in South Mississippi contributing around 10,000 jobs to the Coast economy.

Lindsay Adkisson Mitchell is an Ocean Springs native, who is currently the Director of Coast Young Professionals, an organization committed to developing leaders. Mitchell graduated with a Bachelor of Arts in Journalism with an emphasis in Public Relations and a minor in Dance at The University of Southern Mississippi. She was also a Dixie Darling and Chi Omega while in attendance there. Mitchell is a graduate of the 2018 Class of Leadership Jackson County. 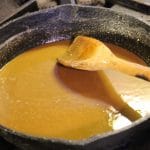 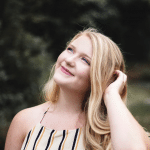