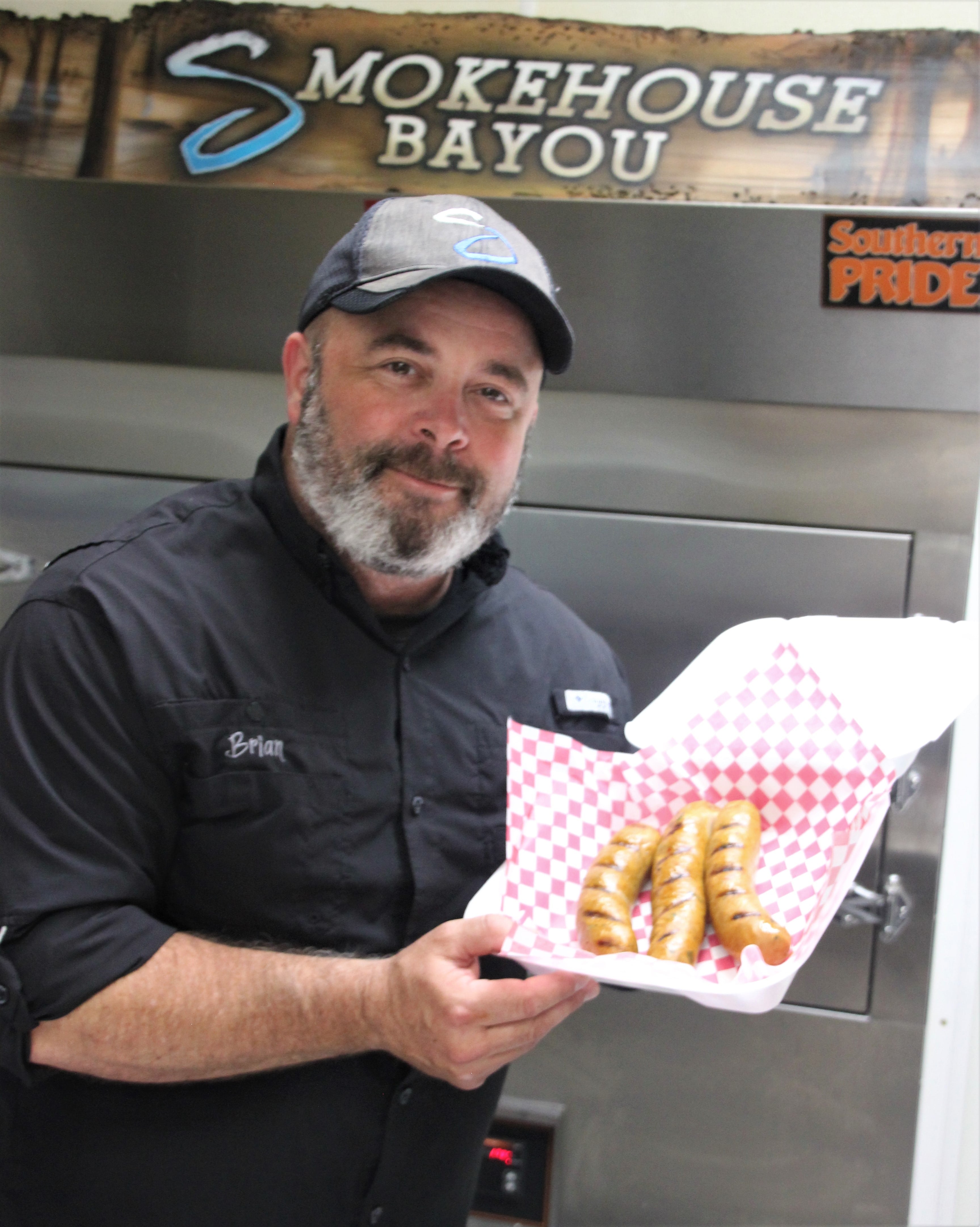 We have talked before about Smokehouse Bayou, and the stunningly good brisket they make and sell at Fayard’s Deli (hidden away in the Marathon gas station on Washington Street, OS), but there is a lot more to this growing business than just brisket. The business started making beef jerky and only later started selling the smoked sausage, wings, chicken and the brisket, that so many people are raving about today. But the story of how the jerky business got started is a pretty interesting one.

Owner Brian Ducharme decided to try smoking jerky instead of the traditional way of dehydrating it. He had a $160 off-the-shelf smoker, and that was just fine for getting started. He liked his first effort much more than the store bought kind. In his words, “it was five times better,” and he had the feeling that he was on to something. But he wasn’t quite satisfied with the recipe and set about trying to find a better one. The hard part was the marinade, and it took five months of experimentation (and the meticulous recording of those efforts) to get a recipe that he, and his chief taste tester, his dad, thought was right.

In the beginning they were just giving away the jerky to friends and family, but people liked it so much, they began to sell it as well. Brian’s partner, Shayla Davis, was taking care of the sales end and at some point decided to quit her job and sell jerky full time. It was a leap of faith and a big decision, but in the end, it was the right thing to do. That was three and a half years ago.

Sales continued to pick up, and expand across the country. The Facebook videos they were doing were getting tens of thousands of views, and they were sending out free samples to different organizations and events. They finally got an invitation to Emeril Lagasse’s Boudin, Bourbon and Beer event in New Orleans, and Smokehouse Bayou was finally on its way.

Today, they have sold smoked jerky in all fifty states, and participated in the PGA’s Farmers Insurance Open in San Diego. The NYPD has enjoyed it as have veterans and deployed active duty service members all over the country and world. For ever six packages of jerky sold, a packaged is donated and mailed to veterans or active duty somewhere in the world.

The shop where all the smoking is going on is small, but Brian named it the Smokehouse Bayou International Headquarters. As you might guess, Brian and Shayla have big plans.

Stop by the Marathon Station in Ocean Springs and try a little bit of it all, brisket, smoked wings, sausage, jerky and more. But be warned, as Brian is fond of saying to people who are trying his jerky for the first time, “Your life is about to change.” 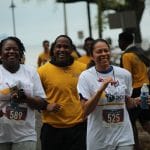 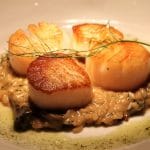