On the heels of the recent announcement that the Eagles will hit the road next year to celebrate the 30th anniversary of one of the most successful albums “Hotel California,” fans along the Gulf Coast don’t have to wait that long to hear some of the biggest songs from that prolific group.

The legendary J.D. Souther will take the stage in Pascagoula on Sunday, Oct. 27, for “An intimate evening with J.D. Souther” at The Grand Magnolia Ballroom.

Considered as the fifth original member of The Eagles, Souther wrote or co-wrote some of the most definitive country rock songs of the ’70s and ’80s, performed by almost all of the genre’s defining artists including the Eagles (“Heartache Tonight,” “Best of My Love”, “New Kid in Town”), Don Henley (“The Heart of the Matter”), James Taylor (“Her Town Too”) and Linda Ronstadt (“Prisoner in Disguise”).

He also had a hit of his own with a song he wrote, “You’re Only Lonely,” Souther is also a close friend with Jackson Browne, with whom he has collaborated many times throughout the years also, as well as Jimmy Buffett. In fact, it’s rather ironic that Souther is coming to Pascagoula because Buffett inducted the Eagles into the Rock and Roll Hall of Fame.

Souther’s song “How Long,” recorded by the Eagles, won a Grammy for Best Country Performance in 2008.

Crowell’s show also had ties to the upcoming Hotel California anniversary, as his lead guitarist for his stop in Pascagoula was Steuart Smith, who has played guitar as well for the Eagles for the past 20 years.

For more info and to purchase tickets, please visit http://www.grandmagmusic.com 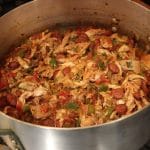 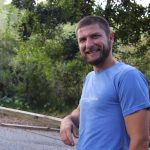