Legendary classic country artist Michael Martin Murphey will be returning to the Mississippi Gulf Coast for the first time in over 25 years this fall.

The multiple Grammy Award nominee Murphey will appear at The Grand Magnolia Ballroom in Pascagoula on Sunday, October 23. Tickets are already on sale for “an evening with the legendary Michael Martin Murphey” at www.grandmagmusic.com and at Scranton’s Restaurant in Pascagoula.

Rolling Stone once called him “One of the best songwriters in the country.” And country superstar Garth Brooks said of Murphey, “One of the three main influences on my career”

Murphey’s musical journey has taken many unpredictable paths over the past five decades, as he has topped the pop, country and bluegrass charts. He is best known for his chart-topping hits “Wildfire,” “Carolina In The Pines,” “What’s Forever For,” “Long Line of Love,” “Cherokee Fiddle,” and “Backsliders Wine” among many others across his 35 albums released to date.

Murphey has been awarded gold albums for Cowboy Songs, Vol. I and Blue Sky Night Thunder, as well as a Platinum single in “Wildfire.” He is a five-time recipient of the Wrangler award from the National Cowboy and Western Heritage Museum and Cowboy Hall of Fame, and boasts awards from the Academy of Country Music, Rock Music Awards, Academy of Western Music Awards, Outstanding Son of Texas Award by the Texas Legislature, and multiple from BMI.

Murphey will be the fourth member of the prestigious Texas Heritage Songwriters Association Hall of Fame to perform at The Grand Magnolia in the past five years, along with Rodney Crowell, J.D. Souther, and Lee Roy Parnell.

Murphey’s long-running incarnation as a purveyor of the music, lifestyle, and values of the American West is one of many musical mantles he has worn over the years. To track his career path is to span the country itself, from coming of age in the Texas folk music scene to Los Angeles to Colorado to Nashville and then back to his native Texas. 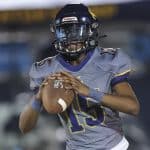 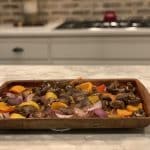