Tomorrow is the day for the first annual JaxCoHome Gumbo Cook-Off. The contenders? Nine churches who will face-off for best gumbo at the Jackson County Fair.

The food booths are known for serving their gumbo to the public during the fair week, but this year’s cook-off will add a competitive edge to the event. Each booth will provide a sample of their speciality gumbo to be evaluated and judged by each of our judges. The judges will rate the gumbo on a scale of 1-5 based on taste, presentation and consistency. The food booth with the most points will be announced at 12:00 PM and will be awarded with the JaxCoHome Golden Ladle-not to mention a year’s worth of bragging rights.

There will also be a People’s Choice vote taking place. Fair-goers will be able to scan a QR code at the event or visit https://q-r.to/baoN3e to vote for their favorite gumbo. The People’s Choice winner will officially be announced by end of day.

“We’re ready to see who wins it”, says Jamey Foster with JaxCoHome. “It’s a friendly competition amongst the churches and we hope to make this an annual event”, he said.

So come out to Booth 2 from 11-12 and take part in the first JaxCoHome Gumbo Cook-Off! 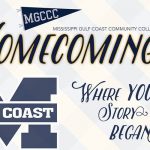