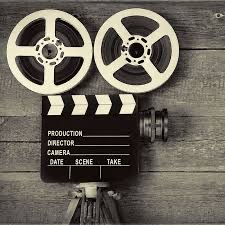 Mississippi continues to gain ground in the film industry. With its diverse scenery, storied streets, and Southern hospitality, the Magnolia State is an ideal place to shoot various films with diverse plot lines.

2021 was a busy year for filming, and 2022 looks just as promising! The following movies are set to film in Mississippi this year: Broken Ties (TBD), The Workshop (Gulf Coast), The Minute You Wake Up (Canton), From Black (TBD), Hard Matter (Gulf Coast), and Hunt Club (Wiggins).

Tim Wall, who has lived on the Mississippi Gulf Coast all his life, has made it a priority to not only film in the Magnolia State but to include fellow Mississippians any chance he gets. Wall’s movie, Enterfear, which was filmed entirely in Jackson County, was so successful that the Pascagoula native is coming out with a sequel.

Enterfear, The Next Wave, is being filmed entirely in Mississippi and is set to release in the spring of 2022.

Another local filmmaker, Creighton Hobbs, recently released his newest film, The History that Haunts Us, exclusively on Amazon Prime.

“It was my goal to show audiences something they’ve never seen before. Mississippi and the Gulf Coast are full of incredible images and scenery specific to our state,” he said.

Film-making has always been Hobb’s dream, and recently, his dream came true!

As a young child with several health challenges, Hobbs watched many movies and read a lot of comic books. He loved stories of all kinds and dedicated himself to learning the industry, so he could tell stories to others one day.

Hobb’s recent movie, The History that Haunts Us, was filmed in Moss Point, Pascagoula, and Mobile. It’s a horror movie inspired by the south’s urban legend stories, specifically ones in Mississippi.

Bringing in local talent, Hobbs said the crew “became like a family” as they worked together on the movie. Many Mississippians will recognize some familiar faces and many familiar places in this unique suspense film.

From Hallmark movies to horror films, Mississippi is continuing to break new ground in the film industry while adding to the Magnolia State’s growing tourism industry at the same time.

The History That Haunts Us can be viewed by clicking on Amazon US and Amazon UK. 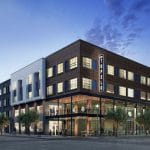 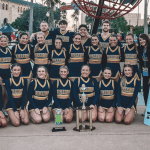