Coached by Roland Reynolds, the Diamonds, a U-15 girls team made up of players aged 13-15, qualified for the National Games by winning the State Games of Mississippi in their age group. However, in the National Games they merged into a U-18 High School bracket enabling them to compete at a higher level. And they didn’t skip a beat. They played two games and shut out their opponents 11-0 before advancing to the championship game which they won 3-2.

When the final whistle blew, they were national champions, and Coach Reynolds said he felt pride first and foremost because he knows the work and dedication it takes to make something like that happen. And for him, this experience has been years in the making – working hard to get better and better each season so they could start competing outside of the local area and getting involved in regional and national competitions.

“There are a lot of things that have to fall into the right place – parent involvement and support, player dedication and commitment, and, of course, performance on the pitch. And then an intense rush of ecstatic happiness for his team. They had lofty goals early in the season, they put in the hard work, and ultimately accomplished something that was very difficult and extremely deserved,” Reynolds said.

By way of fundraisers and donations, the Diamonds raised the funds needed for the trip to Virginia. But it wasn’t all work and no play. It was also a learning experience.

“To take a trip like this where you get to play teams from other geographical areas is a great learning opportunity.  To win the State Games of America is a great character building opportunity because the players appreciate how rare it is and how much hard work it takes to even get the opportunity.  Lastly, the bus ride up with friends and teammates, the dinners and hotel stay, the off the pitch activities like exploring caverns, rafting, and sight-seeing in different parts of the country that they did is what makes it memorable and a once-in-a-lifetime experience.” 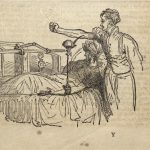