On Wednesday, JaxCoHome will be hosting Jackson County Fair’s First Gumbo Cook-off. The competition will be held at the JaxCoHome booth (booth 2) underneath the food pavilion at the fairgrounds from 11:00-12:00 p.m., with the awarding to take place at noon. The competitors include the food booths who are known for selling their gumbo throughout the fair week.

Three local judges are set to determine which booth will win the prized Golden Ladle. The first judge is Alan Sudduth, Public and Government Affairs Manager for Pascagoula’s Chevron Refinery. Sudduth holds a bachelor’s degree in Industrial Engineering from Mississippi State University, a Juris Doctor from the University of Mississippi and an MBA from William Carey University.

Stacie Vande Wetering makes the second judge. Better known as ‘Cheffie’, she is the General Manager/Executive Chef of Singing River Yacht Club. She is also a F&B Ops Veteran and winner of last year’s episode of Guy’s Grocery Games. She started her culinary career with an apprenticeship at Perdido Beach Resort in Orange Beach, Ala. She lived in Atlanta for two decades and worked for two years in Manhattan. And she was the executive chef at Lakewood Club in Fairhope, Ala. Cheffie has worked in hotel kitchens, high-end restaurants and for catering services.

Last, but certainly not least, Alexis Bradley makes our third judge. Bradley owns the new restaurant in Pascagoula, Mississippi Sound Seafood. The restaurant is located on 1908 Martin Street and is already a huge hit among local seafood lovers. According to their Facebook page, the restaurant has a 4.8 rating and over 180 reviews of people raving about the ‘friendly staff’ and ‘lunch specials.

Come out and watch who takes home the JaxCoHome Golden Ladle and will earn gumbo bragging rights for a year! 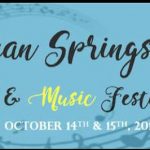 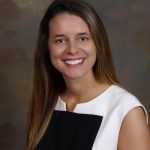