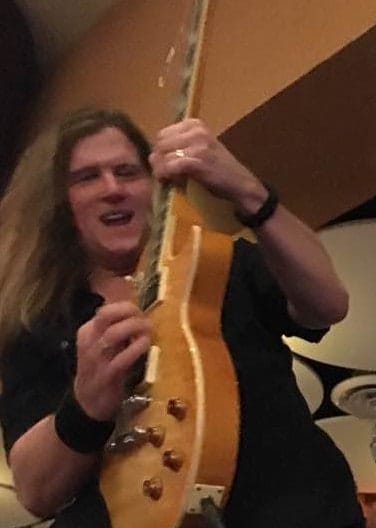 Michael Myhres is one of those success stories. Mike has been a musician for a long time. Scratch that. Mike has been a rocker for a long time. He even looks the part. He has the long rocker hair. He throws up the “rock out” hands anytime he can. He’s toured all over the place and played with all different types of people. Mike has also experienced another side of the rocker lifestyle. Michael has experienced addiction.

We’ve all heard the stories. We know about Elvis Presley, Jim Morrison, Janice Joplin, Motley Crue, and The Rolling Stones. We’ve heard all the stories about rock stars who battled addiction, overdosed, and died. It has almost become a cliche at this point. It has certainly become a stereotype that musicians, especially rockers, will drink and drug to excess.

Mike started drinking when he was 18 years old and he never looked back. But Mike’s story doesn’t end there. Mike’s life will not be summed up in the alcoholism that consumed him for so many years. Mike’s journey has led him not to overdose and death. Mike’s journey has led him to sobriety and freedom from the addiction that wanted to deprive him of everything he loved.

You see, Mike drank, as he described it, “heavily for over 30 years.” When asked why he thought addiction was so prevalent in the music industry, Mike responded, “I think that rock and roll and drinking or drugs go hand in hand. There is an expectation that you should party after a great show. The guys in the group want to celebrate a good show. People in the crowd want to buy you a drink to show their appreciation for your music. Fans want to drink with the band. There’s just an expectation that you will drink.”

With an experience like that it is not hard to understand why one drink could turn into drinking until you blackout night after night. Even if that wasn’t the goal, it was the destination. That was the inevitable place that Mike ended up. So the question is, “What changed?”

I asked Mike that question, How did you finally get clean? What happened that caused you to want to make a change? “I fell,” he said. “One night while i was drinking heavily i fell down. My wife asked me what would happen if i broke my hand when i fell? I had never considered that possibility but once i did it hit me. I play music for a living. I teach people how to play music for a living. How would i earn a living if i broke my hand? I just realized that my drinking had the possibility of taking away everything i loved. At that point, I just knew it was time.”

That turning point would bring Mike to a Celebrate Recovery meeting. Celebrate Recovery is a 12 step program, similar to Alcoholics Anonymous, except Jesus Christ is the “Higher Power” that is relied on. At this meeting Mike began sharing, listening, and growing in his understanding of what addiction is, and what causes it. This led Mike down a path of self discovery.

Mike currently participates in the Celebrate Recovery Step Study. Step study is about an 8 month commitment where the participant works through the 12 steps of recovery. This process helps them find out what initially caused the addiction and work through it, processing feelings, and making amends where possible.

Mike’s involvement recently culminated in him receiving his one year sobriety chip. When Mike received his chip he said (in typical Mike fashion) “Bruh! This is so awesome! I would never in a million years have believed i would get here, not the old me anyway. This is so cool!” The day after receiving his chip found Mike sharing a picture of his one year chip on his Facebook page demonstrating his pride in his recent achievement.

I asked Mike what he wanted others in the music industry to know about addiction and sobriety. His response was also classic Mike. He said, “Dude, you DON’T play better when you’re buzzed. You think you do but you don’t.” Myhres went on to say, “I always have people coming up to me these days telling me how much better my playing is now. These aren’t people who don’t know music. These are other folks that can really play. The other thing is they should know how supportive most people will be of your sobriety. They know what i’m doing and they support it. They tell me how proud they are of me. People think that other musicians will look down on you if you don’t drink and drug, but that’s not the case. Sure there will always be one or two, but almost everybody i know is proud and supportive.They actually help look out for me. It’s totally worth it.”

In the culture we live in today it is genuine pleasure to be able to offer hope and encouragement rather than the typical bad news. I’d like to thank Mike for allowing me to share his story and to celebrate his recovery so publicly.

If you, or somebody you know, struggles with addiction, you can find local Celebrate Recovery groups by going to 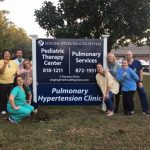 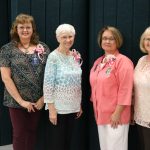