The first Friday in June is annually observed as National Donut Day, and for residents of Jackson County, there is no better place for donuts than Tato-Nut Donut Shop.

Situated in a small yellow building on the corner of Government Street and Kotzum Avenue in downtown Ocean Springs is a business that has been open so long and become so iconic, it has practically reached landmark status. Today, Tato-Nut is lead by owners David and Theresa Mohler.

“My husband’s father opened a donut shop back in 1960 called Spud Nut, ” Theresa recalled. “In the early 1970s that dissipated, so they kind of changed the recipe they had been working with and soon after opened Tato-Nut.”

Theresa has been involved with the business since 1988, and involved does not just simply mean as a co-owner.

“We are involved in every aspected of the business,” Theresa explained. “We mix every batch of dough, make all of the glaze and make all of the chocolate the goes on the donuts. We arrive every morning around 2 a.m. to get everything ready to open.”

While it may be a Jackson County original, Tato-Nut is becoming known far and wide throughout the Southeast, and even internationally.

“When we travel, like to Mobile, people know about Tato-Nut,” Theresa said. “We’ll be in Florida or we’ll be in some other place and people have heard of the shop. We actually went up to Ole Miss not too long ago to move our daughter in and people up there even knew about us. I think social media is kind of helping to spread the word. We’ll have people who are in the military that were stationed on the Gulf Coast for awhile and they got to visit and then they will be stationed in Japan and they still keep up with us on social media. We’ll put something and they will comment saying they wish they could get some donuts. People from out of town will come have a visit to our shop on their to-do list for their trip here.”

Being such a staple of the community is something the Mohlers do not take lightly.

“It’s a huge honor. It’s why we get up in the morning,” Theresa said. “We have become part of people’s traditions and, in a way, part of their families. It is a huge honor, but it is also a huge obligation to make sure we maintain that quality, so it is a double-edged sword.”

The Mohlers also make sure to give back to the community that has shown them so much appreciation through donations to the Ronald McDonald House as well as donating the day’s leftovers to the local soup kitchen The Lord is My Help, located just blocks away from the shop.

So what is behind the success of Tato-Nut? Some might say it’s the unique recipe for these particular donuts, but Theresa Mohler has a different idea.

“We do add potatoes to our donuts, but I like to say that they taste the love,” she said. “You taste that we had a hand in everything that goes out of our front door.”

In honor of National Donut Day, Tato-Nut will offer a free coffee with any purchase on June 2, 2017. 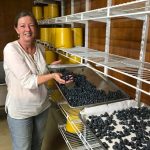 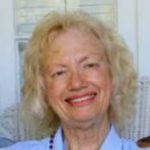