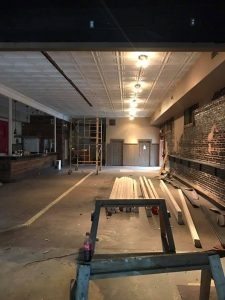 The Jury Room, Deliberations and Libations, is taking on the nightlife crowd of downtown Pascagoula and intends to also make a developmental impact in the area.

It will be open after hours as a distinctive bar — unique to Pascagoula — offering more than 100 bourbons and whiskies, along with reasonably priced beer, wine, and craft beers, owners say. Additionally, the Jury Room will have competitively priced drinks and happy hour specials, but will also offer high-end liquors.

Owners Ramsay Taylor of Moss Point and Parker Pugh of Pascagoula both have experience in the industry. Taylor has three ‘Tay’s Barbeque’ stores based in Pascagoula and ‘Drinx Wine and Liquor Warehouse’ in D’Iberville. Pugh owns the Dairy Queen in Pascagoula, along with three other locations in Mobile.

The two owners plan to advocate for the revitalization of downtown Pascagoula with the new bar, in hopes that it will bring business to local shops and eateries.  “It will not only offer somewhere else where people can go after work or meet up for a sports game, but it will also help keep people here in Pascagoula to shop and dine at the nearby stores and restaurants”, says Pugh.

The Jury Room plans to offer some unique features in the former Fretz building. It will have a fenced-in outdoor patio, along with available leasing space. The owners took the building, put a wall up down the center and gutted the kitchen-making it three separate spaces for lease.  The former kitchen will be a small apartment, the east side will serve as The Jury Room, and the west side will be available for an office/retail location.

Owners state the building “had more potential than the other locations”. “Many folks, including us, want to see the downtown area thrive and offer something different and all in a central area. Our plan just happens to fit perfectly”, says Pugh.

The name and logo have yet to go up on the building, but The Jury Room’s Facebook page already has more than 500 likes.

Plan to spend your football game days and after business hours at The Jury Room, opening mid-to late August. 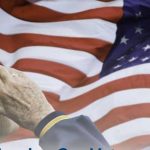