Lucedale’s got its game on – literally. It’s called Lucedaleopoly, and I’ve played it.

Whenever our family gathers, we really enjoy playing games. Even now that our children are young adults, we still have much fun and enjoy spirited competition. In past years we played traditional board games like Trivial Pursuit, Scrabble, Clue, Sorry, Life and so on. Not all our games involved moving pieces, one of them involved moving body parts like Twister. We don’t play that one much anymore as a family because Mark and I aren’t as limber as we once were and our three children aren’t as little as they once were. We recently played word games like Taboo and Code Names as well as the board game Ticket to Ride. We also added a new one called The Crew. If you like trick-taking card games like Hearts, this one might be for you as counting cards certainly comes in handy.

One classic we’ve played off and on throughout the years is Monopoly. Created in the early 1900s, Monopoly is a multi-player economics-themed board game where players roll two dice to move around the game board buying and trading properties and developing properties with houses and hotels. Players collect rent from their opponents and attempt to drive them into bankruptcy. We didn’t play Monopoly at our most recent gathering, but we did play Lucedaleopoly. My brother-in-law and sister-in-law, Porkie and Debbie, gifted it to us. You can find it at the local Wal-Mart.

Tokens representing players in traditional Monopoly include figures like a racecar, Scottie dog, thimble and others. In Lucedaleopoly players can choose to be a pretzel, dog, heart, gym shoe, a mouth showing teeth labeled “the Big Smile” or a hand called “the High-Five.” There is play money to earn and spend, and there are properties to own for collecting rent. Monopoly can be time-consuming so we sped things up with Lucedaleopoly by setting a one-hour time limit and doling out four pieces of property to each player at the start of the game.

Instead of railroads the board features four major streets: Beaver Dam Road, Main Street, Winter Street and Old Highway 63, each costing $250. You’ll find familiar businesses on the board like Honey Bee’s Floral and Wayne Lee’s Grocery. The equivalent of Monopoly’s Boardwalk and Park Place are Downtown Lucedale and the George County Courthouse. Those two costs $425 and $375 respectively. The cheapest lots on the board are the Farmer’s Market at $70 and Second Saturday at $80.

Lucedaleopoly has Contingency cards and Big Fun cards instead of Community Chest and Chance. The cards offer both luck and misfortune for landers just like in Monopoly. For example, in Lucedaleopoly you might get a Contingency card staying “You placed first at the George County Fair! Collect $20.” One of the Big Fun cards requires the payment of property tax of $25 for each City Block owned and $100 for each Key to the City. Instead of houses and hotels, properties can be enhanced by adding city blocks and keys. Instead of jail, there are traffic jams that cause unlucky players to get stuck for three rounds unless they can roll double dice. Landing on the corner lot labeled “I Love Lucedale” is the equivalent of landing on Free Parking in Monopoly.

The toy manufacturer Parker Brothers owned the rights and produced Monopoly until 1991 when the company was sold to Hasbro. However, the customized versions are produced by Late for the Sky located in Cincinnati, Ohio. The company’s founder is a graduate of Miami University in Ohio and created a game about that campus, patterned it after Monopoly and named it Miamiopoly. Its board featured campus buildings and traditions specific to that school and led to the production of game boards featuring about 80 other colleges across the nation. The customized versions expanded from colleges to non-profit organizations such as Relay for Life, corporations such as Goodyear and communities like Lucedale, Miss.

Yep – Lucedale has literally got its game on. 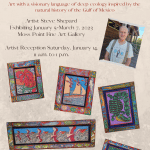 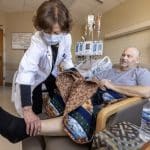