A popular Mississippi Gulf Coast beach is about to get a major makeover when a multi-million dollar development comes to life.

The first step toward the $11 million project was the purchase of the dormant and dilapidated Fayard property on Front Beach in Ocean Springs.

The price tag for the Fayard property was $1.3 million which Mayor Kenny Holloway said was jointly funded by the city, using proceeds from a property acquisition loan, and the Jackson County Board of Supervisors, which oversees the use and maintenance of the beaches on behalf of the Magnolia State. He added that none of the city’s current $2.78 million Gulf of Mexico Energy Security Act money was used to buy the property.

“The Board and I are excited about the future development of the old Fayard Property on Front Beach,” he said. “Jackson County assisted in the purchase of the property, and we have a strong partnership with our county supervisors which helps with these kinds of projects.”

The mayor said the immediate plans are to clean and secure the property and build a bulkhead. After that, plans include building a pavilion and boat slips for short-term rentals.

That will be the first phase of the $11 million development city leaders hope to have completed within the next three years. Plans further include a recreational development with pavilions, food truck areas, vending courts, two separate lush and lavish green spaces, a pedestrian walkway lined with large firepits, a small amphitheater, and a marina for short-term use.

Luckily, the $11 million project will be funded without any cost to the city or the taxpayers.

Ocean Springs already has about $2.8 million in Gulf of Mexico Energy Security Act funding for the project in the city’s coffers. There are also commitments from the Mississippi Department of Marine Resources for an additional $2.5 million this year and up to $5.5 million in 2023.

The property that was purchased is located at the foot of Jackson Avenue. The Fayard family had owned that piece of land since 1948. It was an operating and fully functional seafood company when Hurricane Katrina devastated the Gulf Coast in 2005. The hurricane took down the building and left behind staggering pieces of the frame. Since then, the property has sat unused with the exception of local fishermen casting nets from the edge of the property, and has become more and more dilapidated.

“The Front Beach Marina project will continue to elevate the quality of life for the residents in Ocean Springs and be the tourist destination on the Gulf Coast,” Holloway said. 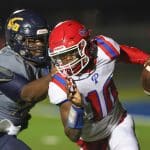 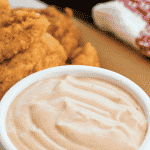