The concert schedule for big-name acts across the state of Mississippi is rebounding in full force in 2022 after being derailed for most of the past two years due to the COVID pandemic.

And once again, The Mississippi Coast Coliseum in Biloxi is at the forefront of bringing major musical talent to the Magnolia State.

Matt McDonnell, Executive Director of the Mississippi Coast Coliseum, has just in the past few months produced sold-out shows from Reba McEntire, Kiss, Chris Stapleton, and Morgan Wallen and just announced that the legendary Alan Jackson will bring his “Last Call — One More for the Road” tour to Biloxi on June 24.

“None of these major acts that play our building, be they legends of country music, premier rappers or well-established rock artists have any ties to Mississippi necessarily, they just know they can make some money by playing here,” McDonnell said. “We are continuously competing with bigger markets and yet we continue to bring some hot selling shows back to Mississippi.”

The Coast Coliseum also has a two-day “Biloxi Blues Extravaganza” on Memorial Day weekend that features Southern Soul artists and rapper Lil Baby returns with a show as part of “2K22 Springfest” on June 4.

Also on the upcoming schedule is Shinedown with special guest Jelly Roll on September 28. In addition, another pair of country music performers will appear later in the year with contemporary act Luke Bryan set for October 13 while classic artist The Judds will bring their farewell tour to Biloxi on October 27.

Elsewhere around the state, BancorpSouth Arena in Tupelo features Casting Crowns on April 22, along with rhythm and blues legends Earth, Wind and Fire on May 1. Additionally, the arena will host Cody Jinks on May 12 and Koe Wetzel on June 2.

In Jackson, KEM and Kenneth “Babyface” Edmonds will play the Mississippi Coliseum on April 15 and Jason Isbell and the 400 Unit will play Thalia Mara Hall on April 28 while Blue Oyster Cult will be at The Mississippi State Fairgrounds on April 30.

Boz Scaggs is at The Mississippi State University Riley Center in Meridian on June 23 and Three Dog Night will play the same venue on April 28.

In Hattiesburg, Tracy Byrd will play The Saenger Theater on June 10.

Also, The BankPlus Amphitheater at Snowden Grove in Southaven has featured Kenny Chesney, Widespread Panic and other major acts over the past decade as well but at the current time has no shows scheduled for this year.

For the purposes of this article, only headlining acts in larger indoor venues were featured. Music festivals and casino shows have been featured in previous articles on this website. 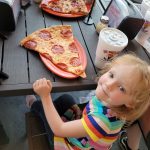 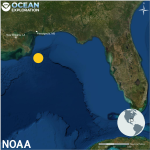