The Mary C O’Keefe Cultural Center brings many wonderful musical performers, and this August they will have Sugarcane Jane.

On Saturday, August 19, the Alabama husband and wife team will share their talents playing in Ocean Springs.  Anthony and Savana Lee Crawford write and perform their dynamic, homegrown, earthy kind of Americana.  Their shows will calm you while at the same time have you wanting to clap and jump up to dance.

Anthony Crawford has played with some famous names in music business.  Over the course of the last 25 years, he has performed with Neil Young, Sonny James, Steve Winwood, Vince Gill, Rosanne Cash, and more.  Anthony has written and co-written songs recorded by Steve Winwood, Dwight Yoakam, Kenny Rogers and the Nitty Gritty Dirt Band.  Sugarcane Jane will be releasing a new album later this year.

Listen to a song from Sugarcane Jane’s soon to be released album. 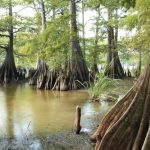 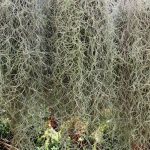