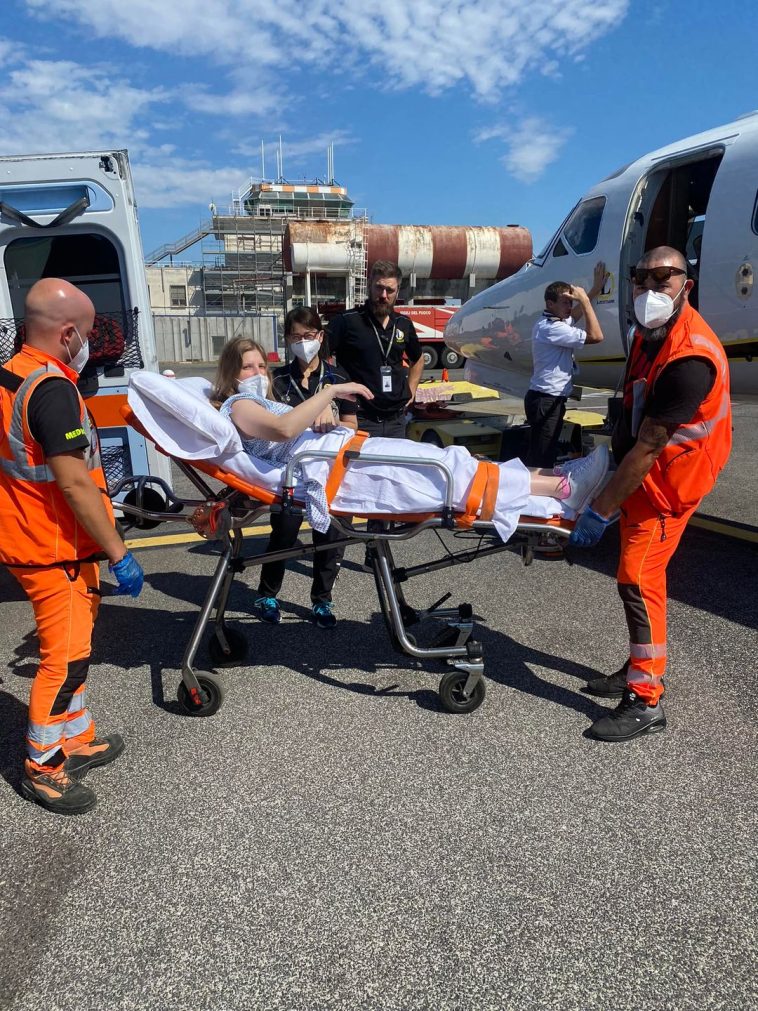 Studying abroad is on many students’ bucket lists, but being medevac back to your home country is not. Twenty-three-year-old Madison Thornton is a Hattiesburg native and Ole Miss graduate studying medicine and public health at Tulane. Recently, Thornton traveled to Italy to research food policy when everything went wrong. Heading to spend the day at the lake with friends became a medical emergency whirlwind!

“Walking to the lake, I started seeing spots and felt weird,” said Thornton. “I told myself to push through and make it to the cool water. I would feel better.” That was the last thing Thornton remembers. Thornton recalls hearing her friends scream, “Wake up! Wake up! Madison, can you hear me?” “My friends said I fell face forward with no warning and was unresponsive for two minutes,” shared Thornton.

Good thing her friends sprung into action, getting her help, and into an ambulance. “I knew I couldn’t explain the situation in a text message, so I FaceTime my family from the ambulance,” shared Thornton. “Dad was making hamburgers, and the family was enjoying their Fourth of July, and there I was with blood dripping from my forehead, on a stretcher headed to a foreign hospital.” Tracie Thornton, her mom, was on the next flight to Italy.

“You can’t help but feel better once your mom gets there,” Thornton said. “Having a mom with you is a cure in itself.”

Feeling better by the time she got to the hospital, Thornton received the excellent news that there was no brain damage due to the blunt forced fall, but all her blood work and tests pointed to an acute cardiac episode. Even with the support of her mother, Thornton’s hospitalization in Italy was terrifying. “They never got me any translators,” said Thornton. “A lot of times, I never knew what was going on. I had to sign a lot of paperwork, too, in Italian. I really wasn’t sure.”

Thornton and her mom had one goal in mind: get home! However, flying commercial under her cardiac condition wouldn’t be safe. It took a lot of pieces falling into place and a lot of Mississippians making noise before Thornton finally got her flight. That’s when Thornton’s story became a social media sensation. Mississippi’s legislators, such as Senator Cindy Hyde-Smith, Congressman Steven Palazzo, and Senator Roger Wicker, stepped up to help. Ole Miss Alumni Association, Tulane University School of Medicine and Public Health, and even Petal High School, all shouted from the rooftops to get Thornton home. Thornton’s story reached HGTV stars Ben and Erin Napier, who also used their platforms to help ensure her safe return.

“Tulane has a policy with global rescue, which is a medical evacuation insurance company,” said Thornton. “So, it was covered through that policy to evacuate me. I’m probably the only person who’s ever had to use that policy at Tulane.” Thornton made it home and to the care of Forrest General Hospital on the night of July 12. 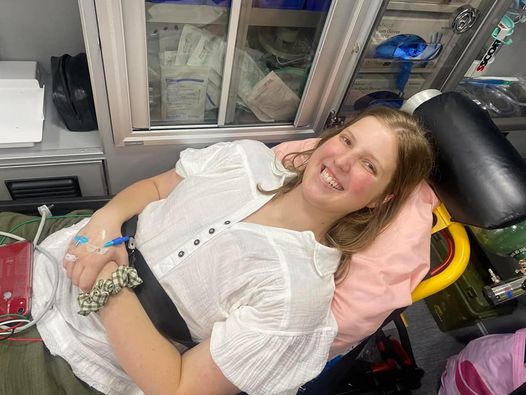 Thornton’s prognosis looks bright, and she’s receiving extended cardiology care better to understand the cause of her cardiac episode for treatment.

Thornton’s entire experience gained a large following on social media. A family friend made a GoFundMe that raised over $30,000. Thornton’s family will donate any money left over. 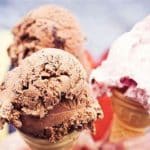 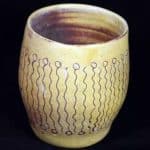