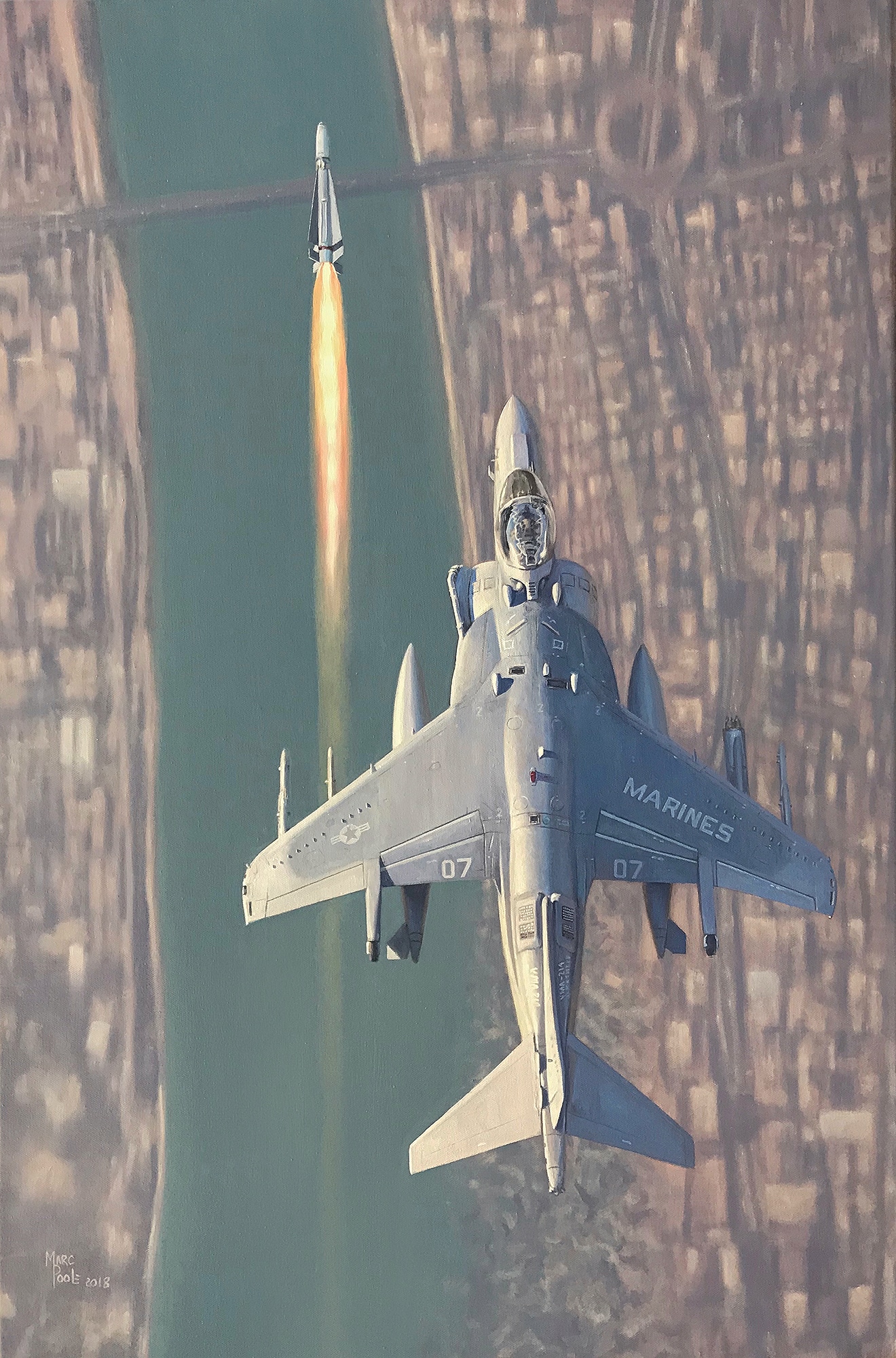 Mississippi Gulf Coast Community College art instructor Marc Poole won the Award of Distinction at the American Society of Aviation Artists (ASAA) International Aerospace Art Exhibition at the National Museum of the Air Force in Dayton, Ohio, on May 10. Poole won the award for his painting “Black Sheep Over Baghdad.”

“Black Sheep Over Baghdad” depicts an AV-8B Harrier II of Marine Attack Squadron 214 on a mission over Baghdad during Operation Iraqi Freedom. Poole created the painting for the National Museum of the Marine Corps and borrowed it for the ASAA exhibition. He was one of 40 artists from around the world whose work was selected from nearly 100 entries to appear in the special exhibition, which runs through October.

“I’m honored to have been included in this year’s exhibit, especially since the venue is the U.S. Air Force Museum,” Poole said. “As an artist and historian, I take the challenge of visual storytelling very seriously. I don’t wish to reinvent or contrive any aspect of what I do, and instead try to find a way to creatively visualize the stories I tell based on firsthand accounts, research, and my own actual experiences. To be entrusted with someone else’s experience brings a high degree of responsibility for me to get it right, particularly when I am documenting these events for posterity.”

The ASAA will also be holding a separate, joint retrospective exhibition, and Poole was invited to exhibit his painting “Squawkin Hawk Departing Thorpe Abbotts,” which depicts a WWII B-17 Flying Fortress departing from its airfield in England for an early-morning mission. The painting was commissioned by the family of a WWII veteran who was an original crew member of the plane. A limited-edition run of 100 signed and numbered prints were made of the painting, and proceeds from the sales benefit the 100th Bomb Group, to which the plane was originally assigned during the war. Poole’s painting won Boeing’s Spirit of Flight Award at the 2018 ASAA Exhibition in Palm Springs, California. 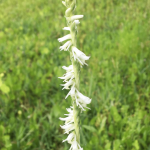 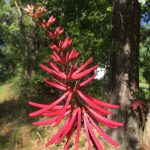